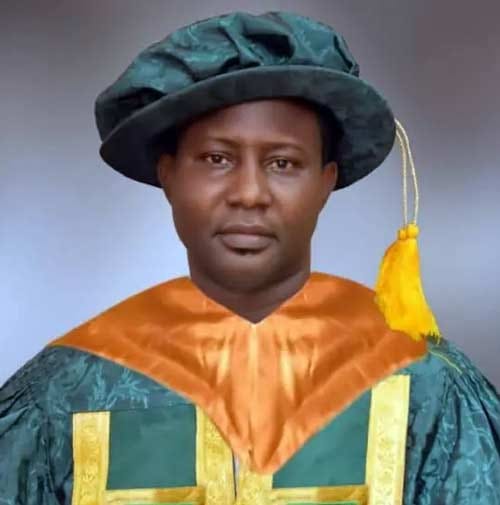 ​Everyone who burglarizes an election leaves a massive trail but they all rely on the security services, legal, and judicial systems for cover up. Rigged elections invariably end up as disputes before courts which receive and evaluate the evidence and render judgments. In many cases, participants may even venture as far as trying to buy the judges, witnesses, or opposing lawyers. In the end, the courts render judgments which do more than merely pronounce on the mechanics of rigging. These judgments are also records in the court of posterity about those who administered the elections, those who perpetrated the rigging, and about the fidelity of the presiding judges to their oaths of office.

​In 2003 and again in 2007, Nigeria under President Olusegun Obasanjo organized elections characterized by escalating levels of scandal and impunity. When they reported in 2008, the Presidential Committee on Electoral Reform chaired by former Chief Justice, Mohammed Lawal Uwais, described Nigeria’s 2007 elections as “the worst since the first elections in 1922”. In the same year, the Supreme Court of Nigeria complained that politicians had reduced elections to “a matter of life and death and consequently (are) ready to do anything possible to attain their ambition.”

Election rigging is itself, therefore, a violation of basic rights of Nigeria as well as evidence of such violations. This diagnosis led the led the National Human Rights Commission in 2013 to commission an independent forensic examination of the evidence of election rigging in Nigeria on the face of the records and judgments of the courts in election disputes. It was an ambitious project that required both deep intellect and rare integrity from those who would implement it. To execute it, the Commission canvassed the skills of a college of seven law professors of distinction one from each geo-political sone of Nigeria, one of whom was to serve as a chairperson.

As the Chair of the Governing Council of the Commissionthen, I led in this extensive canvassing. Mohammed Mustapha Olaroungbe Akanbi (known to his friends as “MM”), whose death on Sunday, 22 November 2022 at 51 was both untimely and lamentable, was a constant at the top of the list of suggestions that I received. When I eventually approached him, Mohammed agreed without reservations to serve on the Committee even when he knew that its work would be difficultand the outcome was likely to meet with uncertain reception.

The University of Ilorin had elevated him to a professorship the previous year at 40 after 14 years of service as lecturer and he had his hands full with faculty work and administration. As he told me, this project was a necessity of both intellectual curiosity and civic duty. It summed up his philosophy as an academic.

Mohammed served on the seven-person panel with uncommon distinction, erudition, and fidelity to the records. He continued to count it as one of the highlights of his professional life. We collaborated subsequently on other projects, including an investigation of pre-trial detention in parts of Nigeria. He was always rigorously dependable.

I thought I knew Mohammed reasonably well but collaborating with him on the investigation of election rigging in Nigeria reminded me of what made him such an extraordinary person.

Mohammed and I were old students of the same high school – Federal Government College Okigwe – graduating six years apart. He had the benefit of somewhat intrepid childhood imposed by the peregrinations of his father, Mohammed Mustapha Akanbi (after whom he was named), a judge who worked in different parts of the country before retiring in 1999 as the President of the Court of Appeal. Mohammed finished from FGC Okigwe 1989 as only the second graduate of the school from the old Kwara State, after Tajudeen Kazeem, the son of another public servant from old Kwara State who finished in 1983.

From Okigwe Mohammed proceeded to the Obafemi Awolowo University (OAU) in Ife as part of a class of some stellar activists, including Bamidele Aturu (BF) and Ebun Olu Adegboruwa (Big Sam). An outwardly shy, even retreatingcarapace masked an inner steel, a characteristic he shared with both BF and Big Sam.

Following his enrolment as a lawyer in 1995, Mohammed did his compulsory national service with the Central Bank of Nigeria in Lagos before proceeding to the University of Lagos from where he obtained a Masters degree in law in 1998, the same year in which he joined the staff of the faculty of law at the University of Ilorin.

In 2006, Mohammed graduated from King’s College, University of London with a doctorate degree in law following a body of research specializing in dispute resolution. The following year, despite his considerable exertions as an academic and university administrator, the Nigerian Bar Association (NBA) in Ilorin elected him by unanimous acclamation as its Chairperson. In that capacity, he hosted one of the best organized annual conferences of the Bar with peerless skill. At all times, you felt his presence and attention to detail with no need to see him.

As a lecturer, Mohammed served the university in different capacities as Head of Department of Business Law; director of the School of Preliminary Studies; member of Senate; and Dean of Law. None of these dimmed his commitment to his students or to the vocation of teaching. His students testified to his inspiration in their lives as lifelong mentor. They accompanied him in his various roles in the service of the public interest within and beyond the university. As a lawyer, his special interest was in alternative dispute resolution and in ensuring the best outcomes for all sides in legal disputes.

When he was sworn in on 24 September 2018 as a Senior Advocate of Nigeria (SAN), the first in the Nigerian Law School set of 1995 to be so elevated, Mohammed chose (unlike his peers on the day) to mark his elevation with a private meal at home with family and close friends. It was entirely in keeping with his uncomplicated values.

Mohammed arrived the university with tall ambitions for teaching, research, and community service, a plan whose implementation was well on course before Providence revealed other plans. His philosophy of university administration was anchored on one principle: “the university is not a reformation centre.”

A deeply devout man, Mohammed was equally uncompromising in his commitment to diversity. I was his guest on several occasions in Ilorin and he was always a gracious host. Until he died in 2018, Mohammed would always arrange for us to visit his father who was equally generous with his wisdom.

Mohammed derived special joy from community service for which purpose he devoted time to the Mustapha Akanbi Library and Resource Centre, part of the Mustapha Akanbi Foundation, which fosters access to life-long skills and enlightenment to the underprivileged in and around Ilorin.

​Above all, Mohammed’s needs in life were very few. He had truly little regard for material possessions and was committed to traveling light through earth. Among his pearls of wisdom, Mohammed always insisted that “there is nothing like sudden death…. Death can come anytime (and) we should always prepare for it.” Cancer gave him notice of his own mortality and when the Grim Reaper arrived that Sunday evening in Lagos, he was not unprepared.

​Mohammed Mustapha ‘Laroungbe Akanbi was married toShakirat, a lawyer with whom he had a daughter and two sons, all of whom also survive him.

A lawyer and a teacher, Chidi Anselm Odinkalu can be reached at chidi.odinkalu@tufts.edu