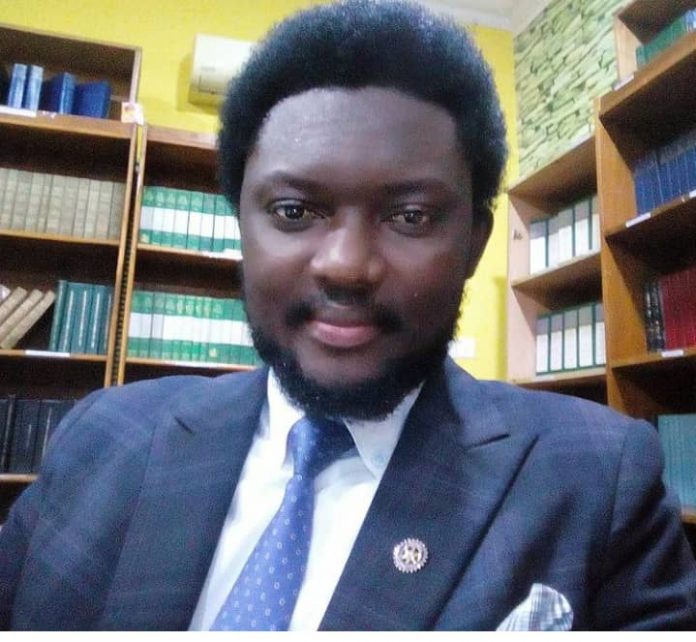 State police is a branch of an executive arm of government established under the law or by the law of a State, and vested with an enormous power to enforce law particular and to confine criminal activities in the State. It is maintained by a particular State that established it. It is a decentralized Police Force which derive its authority from a State and not from the central government. The establishment of police force by any particular State is to the extent that such State Police will be fully financed and engaged into operations by the State.

The concept of State Police was first established in Pennsylvania, United States of America, in 1905, and it was entrusted with the duties to fight local crimes and order in the State. The first State Police in Pennsylvania was formed after an industrial revolution which started with a bitter disputes between managers of a Steel and Coal factory and their employees. The disputes erupted at the coal fields and escalated to the communities around which resulted to unending conflicts beyond the control of the company and the communities at the time. The factory manager then had to provide themselves protection which the commonwealth could not provide, by persuading the State legislature to authorize the creation of what became the infamous Coal and Iron Police which wasformed to ostensibly protect the owners of the factory and other private properties. They were used to enforce the owners will. as gunmen, hoodlums, and adventurers were hired to fill the formed Coal and Iron Police, who in turn caused violence in order to keep being relevant.The Coal and Iron local Police was short lived after the violence which disrupted the peace of seven communities and caused shortage of Coal supplies. The aftermath of the violence was appointment of responsible officers employed under the scrutiny of the public into Pennsylvania State Police in 1902. This establishment was also adopted by other States in the United States of America after several reformations or development of State Police.

The concept of the State Police would of course be the best for our federalism in Nigeria if only State Governors will fathom true democracy. A child must pass through stages of growth. No child ever walked atbirth. Democracy is still a concept we are studying, even though we have not assimilated up to a pseudo democracy yet, but we may eventually get there. It is a one step at a time. In Nigeria, Governors are known for using their enormous power to intimidate and suppress or subjugate oppositions, some Governors may never accommodate critics. We are still at the level of consciousness of what happened in Pennsylvania, before, during and after the Coal and Iron Industrialization revolution, before 1902. After the disputes between the industry manager and the labourers, hoodlum and gunmen were employed by the industry owner for their safety and use them to achieve their personal goals. It is no doubt in Nigeria, that ifState Police is approved by an Act of the National Assembly, some  citizens of States may never speak or challenge their supposed democratic  elected Governors. This is the nature of our political sphere. The inadequacy of funds in many Nigeria States to maintain State Police can never be left out and as we must know some States in Nigeria have not been able to pay their civil servants. Many Governors had complained they were not capable of paying the minimum wage or even providing basic infrastructuresin the State. Some States may not even survive if the central treasury cease to allocate revenues to such States. Some of these States internal generated revenue are certainly not enough to handle. The only way States Police may survive in such State is through the support of the central government, or perhaps in a practical regional government.

It is true that State Police would boost the employability of many unemployed Nigeria youths into the State Police, if established. One major drawback faced by the Nigeria Police is the insufficient officers as the federal government do not employ enough citizens into the police force. However, it is not shown that many Nigerian States can manage their own police without the support of the central or federal government,

There is admittance fact that some governors are facing much ordeals emanating from the effect of centralized police, Governor Ortom’s case is one of such ordeals. His Excellency, Samuel Ortom of Benue witnessed this ordeal when some Communities in Benue State were attacked by herdsmen. Governor Ortom claimed to have placed calls having received intelligent signal but his calls were ignored by the security Chiefs. INDEED PAINFUL.

In as mush we understand that State Police or Community Policing would have been a better approach owning to the prevailing insecurity, Nigeria is yet not socially, democratically, and constitutionally mature for the conceived concept due to Nigeria’s unpreparedness to embrace or to allow State Police for Nigeria.
For Nigeria to be ripe for the concept of State Police, the following have to be considered and put in place:-1. Means of checking or controlling excessiveness of the State Governors or the use of extra judicial powers through the State Police by their Governors or politicians.2. Proper funding of the State Police without depending on the centralized government,3. Accepting the practicability of an actual conscientious democracy.4. The Constitution of the Federation of the Republic of Nigeria has to be renewed to insert the decentralization of the Nigeria Police Force, thereby creating State Police.5. The ownership and control of natural resources under sections 44(3) and item 39 schedule II of the Executive lists which vest the control and management of natural resources and hydrocarbon degeneration on the federal government for the common good and benefit of the Citizens.

Until these recommendations are put in place, Nigeria is not yet mature to allow State Police.