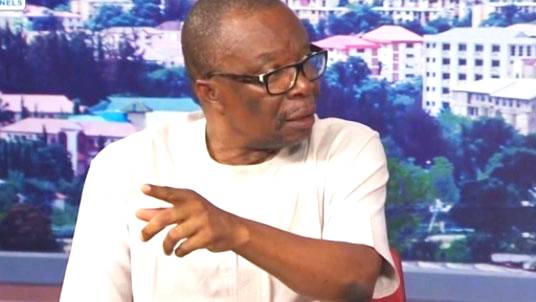 Members of the Academic Staff Union of Universities, ASUU, just called off their strike which lasted eight months, one of the longest industrial actions by the union. In this interview aired on Channels TV, the National President, Prof. Emmanuel Osodeke, speaks on why the action took that long among other issues.

After eight months of industrial action, would you say your members are now fully back to work?

Our own is that we have suspended the strike and it is left for government to do the needful. As members and leaders of the union, we have done our part.

Are you sure your members are happy to go back to work?

As you can see from our press release through which we announced the suspension of the strike, we are obeying court orders, as we are a law abiding union. No agreement was signed. We hope the intervention of the Speaker of the House of Representatives will be holistic and all issues resolved as they should be.

Definitely. How can members be happy when they were practically forced to go back to work without issues trashed out and demands met? The best option for resolving issues like this is negotiation, but that was not done. You don’t railroad people that way. Our members will go and teach, but getting a man who is hungry, who is indebted, who is owing banks loans because his salary was not paid to be happy to teach is another thing.

That means students will be at the receiving end

That is a question you should ask government. If you have seen the statements by some universities announcing their resumption activities and dates, you would see that they are starting from where the 2021 session stopped before the strike. That means lecturers would still have to complete the backlog of workloads.

They think that they can use hunger to whip us to submission by not paying our salaries for eight months. Look at it this way, in those good old days at the University of Ibadan or the University of Nigeria, Nsukka, majority of the lecturers and even non-teaching staff lived on campus. But that is not the case any longer. Lecturers now mostly live off campus, many live many kilometers away from campus, how would they commute to work without being paid? A hungry man is an angry man.

Would you say the strike was fruitful?

For us, if all the issues raised by us are implemented, we will see it to be fruitful. However, they have said about N300 billion has been included in next year’s budget for the revitalization of our universities, if that is done, it will greatly change our universities and it would be a product of our struggle. Nigerians should put pressure on government to release the money to the universities within the first quarter of the year. If each university gets at least N2billion to N3billion, it will go a long way to improve the situation on our campuses.

Is there any timeframe for meeting any of the demands?

In this recent situation, there is no timeframe because it was not that we sat together and signed any agreement. The Memorandum of Action we signed with government after the 2020 strike had some timelines that government failed to meet majorly. But we hope that within a short time, the issues would be resolved and attended to. Let us have a signed document. Strike is only a symptom of the problem. You are forcing people back to work. For the sake of young men and women in our universities, we are back to work.

So, there is no timeframe for the payment of Earned Academic Allowance?

No. But like I said, by what we had in the MOA, government was to pay part of it in November 2021 and another tranche in February 2022, but that was not done. We are even magnanimous by telling them that they should pay up the current ones and we can think of concession we could give regarding those old allowances.

If all universities are reopened now, can we say they should just forget where they stopped work in the 2021 session and just start 2022/2023 session? Final year students in the 2021 session should just forget about continuing from where they stopped? If that is the case, we can just cancel the session not yet completed and begin afresh, not minding the consequences on anybody whether students or the university system itself. Some lecturers have not gone on leave for years. I met a colleague few days ago who said he had not gone on leave for 15 years. Who is going to compensate him for that?

That brings up the issue of compensation, how would students be compensated for the lost months?

Will this be the last strike by the union?

Let us look at issues very well. Go round our universities across the country even state-owned universities, what you are going to see is that most of the significant projects were done by TETFund. TETFund is a product of the struggle by our union, even when the military held sway. People like Prof. Attahiru Jega was locked up, he was jailed in the course of the struggle. If we didn’t suffer then, how would we have got what we have now and which we are enjoying courtesy of TETFund? We are paying the sacrifice to make education better in Nigeria. Could you believe that during the strike no government official called us for any meeting except the one we had with the Speaker? In normal clime, lecturers cannot be allowed to go on strike for seven days, not to say for months.

That means no guarantee that strike may not come up again…

Tell government to do the needful. In Ghana, when lecturers went on strike for about a year, their government woke up to its responsibilities. They did the needful. Allocation to the education sector was improved. Ghana now allocates over 20 percent of its budget to the sector and we can all see the results. Are Nigerians not rushing to Ghana now to get educated? Last year in Nigeria, government allocated about 5 percent of the budget to education, the lowest in the world.

What do you expect the next administration to do regarding education?

Make education at all levels a priority. Any country that relegates education to the back waters is only toying with its future. They should learn even from our neighbours and put at least 16 percent of the budget in the sector. They must also gradually increase on that. If our schools at all levels are revitalized, people won’t be sending their children and wards to schools in Niger, Togo, Ghana, or Republic of Benin.

Some government officials are accusing your union of having sympathy for the Labour Party. What is your take?

When the issue came up and I addressed a press conference, I said Nigerians should discountenance such frivolous allegation. ASUU as a union is non-political. We only fight for the interest of the common man. Let us reason together, apart from federal universities, state universities are also part of our union.

The state universities are under the control of state governments which have different political parties in charge. We have state universities that are in APC, PDP, APGA controlled states. Then, how can we say we are aligning with a political party? It is unfortunate that somebody in a public office like that of a minister would be lying. And as soon as he lied, he ran away.