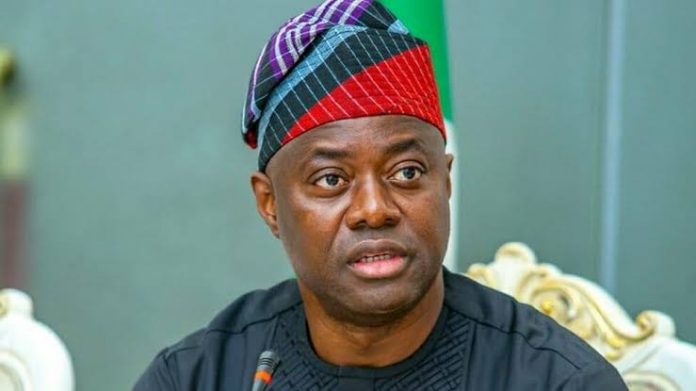 The Oyo State government says it has commenced the payment of 13th month salaries to workers in the state.

Dr Wasiu Olatubosun, the state Commissioner for Information, Culture and Tourism, made this known in a statement on Friday in Ibadan.

Mr Olatubosun said that the workers have started receiving alerts for the payment.

According to him, the Governor Seyi Makinde-led administration had on Wednesday promised to make the workers smile, by paying 13th month salaries before January 2023.

The commissioner recalled how Mr Makinde’s administration, on assumption in May 2019, paid workers’ salaries, in spite of the dwindling economy in the country.

He declared that the current administration would never toy with the welfare of the state civil servants.

“One of the successes of the Seyi Makinde-led government is the uninterrupted payment of staff salaries.

“I also recall that Seyi Makinde has stayed committed to uninterrupted payment of salaries and 13th month salaries since he became Governor,” Mr Olatubosun said.