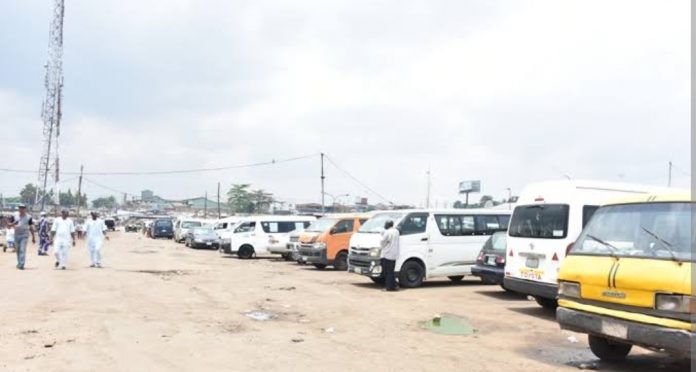 High fares at Lagos motor parks on Friday saw some residents abandoning their plans to travel out of the state for the festive season.

Some Lagos residents expressed their disappointment over the high cost of transportation.

An intending traveller identified as Juliana Friday said she could no longer continue with her journey because the fare was on the high side.

Mrs Friday said she worked as a secretary in a law firm in Lagos and her salary was just N25,000 monthly.

“I will pay another house rent in March and I will also improve my living.

“It is better, I go back home because I can’t afford N20,000 to Abakaliki, and only God knows how much they will charge while coming back to Lagos.

“Fuel is in circulation now compared to last week when people were travelling for Christmas celebrations,” she said.

For Charles Edet, who wanted to travel to Akwa-Ibom with his two brothers, the plan is no longer feasible and had to return home due to the expensive fares.

Sam Akintade, who was travelling to Abuja from Lagos, however, said Abuja fare was reasonable for N18,000.

Mr Akintade said the problem was that there were few passengers and this delayed movement which made him sleep over at the park.

Oluchi Okoye, a trader, said he had to travel to Anambra for his brother’s wedding, though the fare was on the high side.

Mr Okoye thanked God that he was able to afford the fare for himself and his wife.

He pleaded with the federal government to look into the issue of fuel scarcity to reduce fares and enable more Nigerians to travel with their families and loved ones.

A traveller to Ijebu-Ode, Ogun State, Rebecca Kalejaiye, said she boarded a vehicle for N4,000 from Ojota.

Sharafa Adisa, a driver, said they had less than average passengers travelling to Ibadan from Ojota parks.

A driver with the Akwa-IbomTransport Authority, Bassy Udom, said they were not happy with the fares, but they spent a lot of money on fuel.

“We have to buy the black market fuel; although we get fuel in filling stations in Lagos, we face a lot of indiscriminate pricing when coming back and we have to keep moving.”

He said that many people also did not travel because of the security situation in the country.

“We also face a lot of traffic as a result of bad roads from Ogun State to many states in the country.

“Government should help us fix the roads to reduce time spent on the roads and stress,” Mr Udom said.