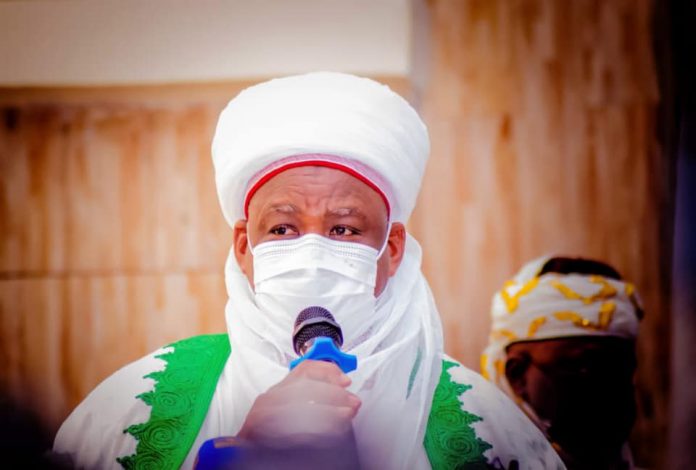 The Sultan of Sokoto, Muhammadu Sa’ad Abubakar, has advised the Central Bank of Nigeria to reconsider the January 31 deadline for the old notes to…

The Sultan of Sokoto, Muhammadu Sa’ad Abubakar, has advised the Central Bank of Nigeria to reconsider the January 31 deadline for the old notes to remain in circulation in the country.

Speaking while receiving the CBN Comptroller in charge of Sokoto State, Dahiru Usman, and some officials of the Apex bank on Thursday at his palace, the monarch observed that many people were still unaware of the redesigned naira notes, especially in the rural areas.

He said, “We still have people who didn’t know that our naira was redesigned. They could reject the new naira notes when given. If they see the colours they will think it is a fake currency.

“The CBN ought to have considered stakeholders right from the day the redesigning was announced.

“We have credible means to disseminate the information to the common man because the conventional media is for the elites. You should have used traditional rulers to pass the message down to the masses but you didnt involve us, that is why we keep quite.”

Sultan identified insecurity as another challenge as some people could not move large sums of money from their village to banks in the city because they could be robbed or kidnapped along the way.

He then asked “what will be the fate of these people after January, 31 deadline”?

He also expressed concerns over how the withdrawal limit might affect businesses in the country.

Earlier, the comptroller said that they were in the palace to inform the Sultan about the redesigned naira notes and the e-banking as well as seek his advice.

He promised to convey Sultan’s advice to the national headquarters.

Meanwhile the officials visited some banks to monitor the compliance to the CBN directive of dispensing redesigned notes to customers through their ATMs, just as they sensitised traders on the need to deposit their money in banks and adopt e-Naira transaction.