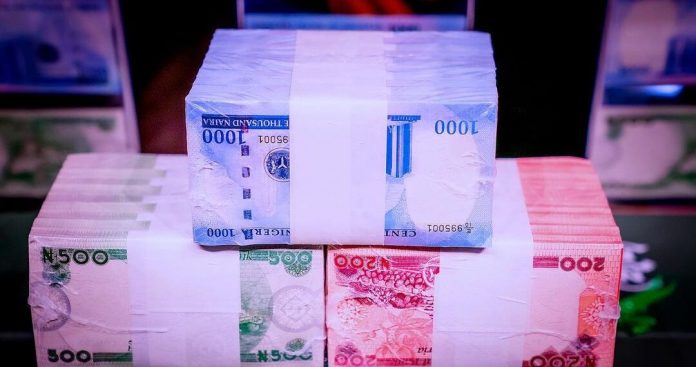 “No bank should refuse to collect the old naira notes until the deadline of 31st January 2023,” an official said.

The Central Bank of Nigeria on Thursday vowed to sanction any commercial bank found hoarding the new naira notes.

The CBN Kano Branch Controller, Umar Biu, made the disclosure during a sensitisation programme on the new naira notes organised for traders at the Sabon Gari market in Kano.

“You have the right to report any bank found hoarding the new naira notes or refusing to collect your old naira notes before the 31st January 2023 deadline,” Mr Biu said,

“No bank should refuse to collect the old naira notes until the deadline of 31st January 2023.”

Earlier on Wednesday, CBN’s Director of the Legal Services Department, Kofo Salam-Alada, disclosed that the CBN is already monitoring banks that are still dispensing old naira notes from their ATMs.

Mr Salam-Alada who made this known during a sensitisation program on the new naira notes in Lagos urged banks to switch to the new notes immediately.

In October last year, the CBN Governor, Godwin Emefiele, announced the plan to redesign Nigeria’s N200, N500 and N1,000 notes. He said the new notes would go into circulation in December while residents are expected to change all old notes by January 31.

The move to replace old notes generated heated debates among Nigerians. While some public commentators questioned the rationale behind the policy, many have called for an extension of the deadline.

Meanwhile, many ATMs and cash points across the country are still dispensing and transacting with the old notes due to the scarcity of new notes among Nigerians.

Mr Salam-Alada said the CBN already identified some developments that could affect the circulation of the new notes.

“We stopped withdrawal of new notes over the counter to ensure that everyone can have access to it and not one chief who is known to the manager, walks in, and carts away all the new notes in a particular branch. That is why we said it should be in the ATMs which cannot distinguish people.

“We also have monitors going around banks now. I have been to some ATMs this morning and I have done the reports. We are not mobilising the masses against the banks because the banks are there to serve you, but be rest assured that they will serve you now that they know that the CBN is on them to serve you with the new naira notes.”

He said anyone caught selling the new notes or any denomination of the naira would be jailed.

On his part, the President of the Coalition of Associations in Computer Village, Lagos, Timi Davies, noted that the new naira notes are a good initiative.

Similarly, the Olukosi of Ikeja Land, Lateef Oluseyi, assured the CBN of the support of the traditional rulers in sensitising the community about the new notes. The monarch also dispelled rumours that the new naira note was not durable.