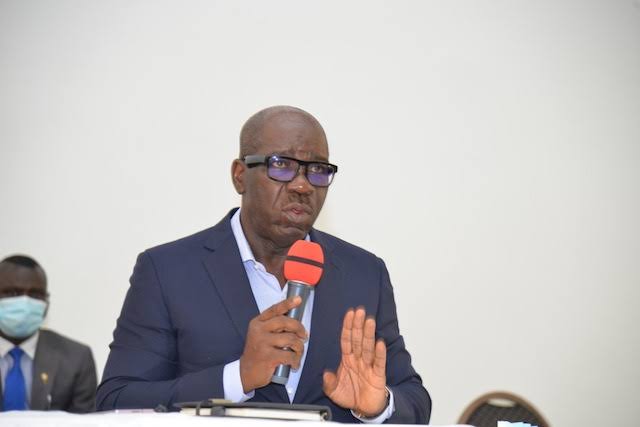 The governor of Edo State, Mr. Godwin Obaseki has sacked his Commissioner for Roads and Bridges, Engr. Okojie Newton.
The Ministry was created by the Obaseki administration after his re-election for a second term as governor.

A statement by the Commissioner for Communication and Orientation, Chris Nehikhare said Obaseki wished Okojie well in his future endeavours.

Part of the statement reads, “The Governor thanked the Commissioner for his service to the state and wished him well in his future endeavours.

“It is unfortunate that we have not been able to make the envisaged progress in our road infrastructure particularly in the last 12months.”

“And Sadly, the commissioner, as much as he had tried, had not been able to make significant progress for the state government to achieve its goal” Nehikhare stated.

He said the Permanent Secretary in the ministry Engr. Osikhena Omoh Ojior, would take charge until a new commissioner is appointed.