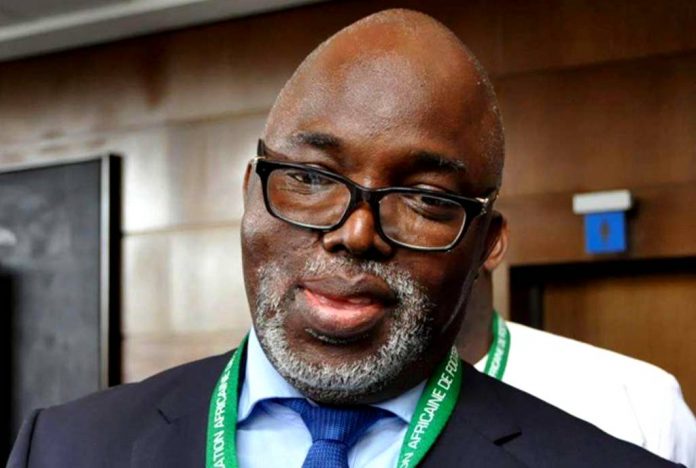 A Federal High Court, Abuja, has fixed Feb. 6 for the mention of a suit filed against the Minister of Youth and Sports, Sunday Dare, and former President, Nigeria Football Federation (NFF), Amaju Pinnick.

The matter, which was scheduled for Monday, could not go on, hence, counsel to the parties in the suit agreed on the new date.

In the motion dated and field on Sept. 2, the claimants sought an interim order restraining the defendants, his agent, employees, staff, officials or electoral committee from organising or conducting any election into any executive office of the NFF pending the hearing and determination of the motion on notice for interlocutory injunction.

In the affidavit in support of the motion deposed to by Fayenengigha Jacob,  a lawyer in the chamber of Ukpong, he said that one of the complaints in the matter was the undemocratic manner in which the NFF was being constituted resulting in depriving the majority of the stakeholders and members of the NFF from having a say or contributing to the development of football in Nigeria.

According to him, the glory of Nigeria football has nosedived as a result of its undemocratic manner of the leadership of the said body.

Jacob said while the matter was still pending in court the defendants had gone ahead to announce and purportedly try to organise and conduct an election of the said body on Sept. 30 in Edo.

He said the substance of the matter would be defeated should the said election slated for September goes ahead and without hearing of the pending motions and substantive matter.

NAN reports that after lawyer to the claimants, Celsus Ukpong, moved the ex-parte motion on Sept. 15, Justice Inyang Ekwo restrained the minister and Mr Pinnick from conducting the NFF executive election scheduled for Sept. 30 in Edo.

Justice Ekwo had ordered them or any person, acting on their instruction, to maintain a status quo pending the hearing and determination of the motion on notice for interlocutory injunction, and fixed Oct. 31 for hearing.

But the NFF filed an appeal against the court order.

In the notice of appeal marked: FHC/ABJ/CS/1376/2021 dated Sept. 27 and filed Sept. 28, the NFF (the appellant)’s counsel, Patrick Mekako, prayed the court to set aside its earlier order.

Against this backdrop, the Court of Appeal sitting in Abuja, on Sept  29, vacated the lower court order restraining the conduct of the NFF election scheduled for Sept. 30 in Edo.

Mr Ibrahim  Gusau emerged as the new president of the NFF following the conduct of the election on Sept. 30 in Benin City, Edo.

Gusau, a member of CAF Organising Committee and Chairman, Football Associations chairmen, was said to have garnered 39 votes to succeed Amaju Pinnick.