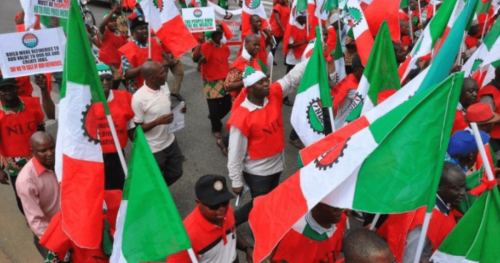 The Nigeria Labour Congress in Ondo State has requested that the Senior Special Assistant to the Governor of Ondo State on Special Duty, Dr Doyin Odebowale, be suspended for slapping a pregnant woman, Mrs Adeola Egbebi, at Akure’s Oja Oba market.

The NLC has promised to start a demonstration on Monday before the power-drunk SSA is removed from office for slapping the lady, which caused her to slump.

The NLC reported this in a letter to the governor signed by the Chairman, Oluwole Adeleye Sunday, and the Secretary, Shado F.K.

Egbebi, a pregnant environmental security guard, slumped on duty at Akure’s Oja Oba market after the SSA slapped her.

Odebowole reportedly assaulted the worker for not standing up to greet him like her other environmental workers.

The incident sparked a demonstration at the Ondo State Waste Management Board’s headquarters in Alagbaka, with some environmental security guards shutting down the gate for several hours.

The NLC said, “Labour had last year written to your office on more than two occasions of the malfeasance and incorrigibility of Doyin Odebowale regarding his acclaimed working for Mr Governor against our members, tempered us and openly warned him against reoccurrence of his obnoxious behaviours.

“To our chagrin and disbelief, the “animal” in Doyin Odebowale yesterday (6th May 2021) reared its ugly head again when at the Erekesan Market, he inhumanly slapped a heavily pregnant woman by name Mrs Egbebi Adeola.

“With due respect and utmost regard for your office and person, we beg to say, enough is enough of Doyin Odebowale and his ignoble role in your government.

“We pray Your Excellency to immediately suspend Doyin Odebowale from office and set up a panel of inquiry to look into the matter to come up with appropriate sanctions if found guilty in the matter.

“To this end, Organised Labour shall commence immediate action to ensure that the ‘unwanted element’ is chased out of the office starting from Monday 10th May 2021.”