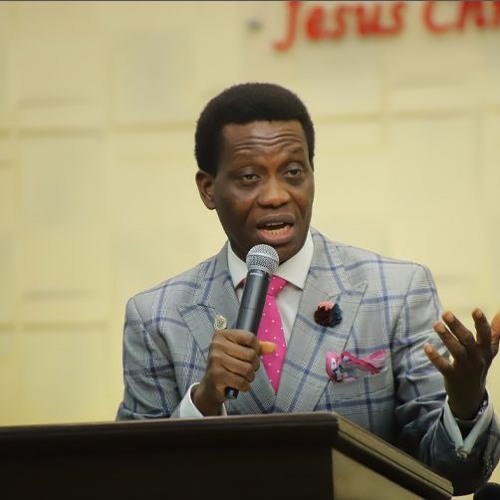 President Muhammadu Buhari has expressed his condolences on the death of one of Enoch Adeboye’s brothers, the General Overseer of the Redeemed Christian Church of God.

Mr Buhari expressed his condolences to Mr Adeboye’s family in a statement issued by the Presidency on Twitter.

“My heartfelt condolences to Pastor Enoch Adeboye’s family, General Overseer of the Redeemed Christian Church of God (RCCG), on the death of his son, Pastor Dare Adeboye.
I pray that God Almighty will give the departed rest and console the bereaved families, relatives, and colleagues.”

The younger Adeboye, who was a pastor of one of the branches of the church, reportedly died in his sleep on Wednesday in Eket, Akwa Ibom State.

His death was confirmed by the spokesperson of the RCCG, Olaitan Olubiyi, on Thursday morning.

“It is true. The incident happened in Eket where he was based. I don’t have the details for now. Maybe before the end of today, we will issue a statement,” he was quoted to have told Punch newspaper.

Also, the Vice President, Yemi Osinbajo, commiserated with the family of the deceased.

“He was accompanied by Gov Abiodun & Minister Keyamo. May Pst Dare’s memory be blessed & the LORD grants fortitude to Daddy G.O, Mummy, the family & all”

Also, Governor Babajide Sanwo-Olu of Lagos commiserated with the family of Mr Adeboye .

Mr Sanwo-Olu in a statement issued on Thursday by his Chief Press Secretary, Gboyega Akosile, expressed his sympathies, urging the deceased family, friends, associates and entire members of RCCG to take the death of Pastor Dare Adeboye in good faith.

Mr Sanwo-Olu said: “no doubt the death of a loved one is usually painful as it is irreparable but we must always take solace in God especially if the deceased had lived a good life, just like the late pastor Dare Adeboye.”

He said “The pastoral and wise counsel of Pastor D as he was fondly called will be sorely missed by his family and the entire members of RCCG, especially in Eket, Akwa Ibom, where he played active roles as a cleric before he passed on.

“I sympathise with Pastor Enoch Adeboye, his wife, siblings and widow of the deceased and the entire members of RCCG. I pray that God will grant the late Pastor Dare Adeboye eternal rest and grant the family the fortitude to bear the irreparable loss.”

A former Senate President, Bukola Saraki, described the death as a “significant loss.”

In a statement released on Thursday, Mr Saraki said, “My family and I send our heartfelt condolences and prayers to @PastorEAAdeboye, his family and the entire @RCCGHq Community over the passing of Pastor Dare Adeboye.

However, the Redeemed Christian Church of God (RCCG) announced the death in a statement issued by its public relations department on Thursday afternoon.

“We announce the death of our beloved son, brother, husband, and aunt, Oluwadamilare Temitayo Adeboye, with deep and heartfelt sadness.
On the 4th of May, 2021, who went to be with the Lord.

“His life was well lived for he loved the Lord without reservation, sharing… easily, and leading fearlessly.
The Lord crowned him with the gifts of three seeds and a lovely wife.

“We pray that the Almighty grants you all the much needed strength that you need as you mourn this significant loss,” he added.

“Though shaken, our anchor remains Jesus Christ in whom we have the assurance that we will one day meet in a place where there is no pain.It is the wish of the family to be granted privacy at this moment and that prayers be offered on their behalf. “Oluwadamilare Temitayo Adeboye, June 9th 1978 – May 4th 2021. Remain forever in our hearts.”