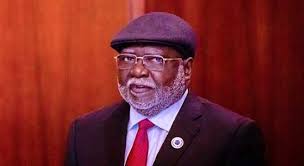 For what he termed clear neglect of due process in the appointment of judges, a human rights lawyer, Barr. Victor Onweremadu has sued the Abia state Judicial Service Commission (JSC) and the Nigerian Judicial Council (NJC).

Onweremmadu, the former Vice chairman of the Aba branch of the Nigerian Bar Association (NBA) said he had to go to court over their planned appointment of new High Court Judges in Abia state, without recourse to due process.

The Suit no FHC/umu/cs/323/2022 is seeking an order to restrain the two judicial bodies from going ahead with the appointment of about 15 new High Court Judges in the state, as their planned appointments conflict with laid down procedures.

The information available reveals that the Abia state JSC, recently recommended and forwarded to the NJC, the list of new High Court Judges to be appointed for the state.

Speaking to journalists at the weekend in Aba, Onweremadu said he has decided to challenge the planned appointment in court, in addition to formally writing to the NJC to hurt the appointment because of the grave danger inherent in the appointment of such important judicial officials without adhering to laid down procedures.

Onweremmadu who is also the coordinator of the Igbo Lawyers Association (ILA) said, “Let me explain something to you here properly, on the 15th of October 2021 they sent a list formally to the NJC without first bringing it to NBA Aba for screening.

“However, the NJC, knowing the right thing to do, rejected that list and insisted it ought to pass through the due process of getting to the NBA Aba Branch first for screening. When that list of 15th October 2021 was rejected, it prompted the list of 29th of April 2022 which they sent to the NBA while I was there.

“But we’re surprised to see that probably they may have combined the old rejected list which we never saw or screened with some of the ones we saw. So, that’s the issue. As a person, I have the right to what we call public interest litigation.

“I have the locus because I’m a participant in that affair and before we know it the list will be everywhere and it’ll be that they’ve been confirmed as judges which will make everyone shocked because we know they were not screened.

“I have the right as a human rights activist to protect not only my constituents but the Abia public, residents and indigenes. They’ve been shortlisted and sent to the NJC. I’ve written to the NJC to suspend the recommendation and confirmation of those names and then direct the JSC of Abia State to comply with the rules before sending out names to NJC.

“I didn’t not only write to the NJC. I went to court because of the fear that they may not act on my letter. I don’t want to dwell on the letter only which is dated 18 October 2022. After writing the letter and waiting to hear something, I had to go to court to file the suit on the 24th of October 2022 because if I waste time, the next thing I’ll hear is that those people have been confirmed as judges and people will start wondering.

“So I have to be proactive. I’ve gone to court and filed a suit restraining the NJC to continue with the confirmation exercise until the establishment of the suit pending in the court.”

Onweremmadu frowned against what he termed non compliance with the revised NJC rules of 2014 stressing that all he wants is for the two bodies to look at the rules and follow them.

“From 2020 to June 2022 I was the Vice Chairman of the Aba Branch of the NBA. I can tell you that in April 2022 this year when I was still an Executive Member, the second most powerful member of the NBA Aba Branch, we received a letter from the JSC of Abia State giving us six names to screen on and comment for the appointment of judges.

“The document is dated 29th of April 2022. We were supposed to make comments about whether those people are fit and proper to be made judges here in the state high court. This is a superior court and the action of the JSC in sending their names is in line with order 3 rule 4 of the revised NJC guideline of 2014.

“This is done so that before one is appointed as a judge, he or she must have been recommended by a branch of the NBA in that state. I actively participated in the screening of those candidates in line with what we know about them. Their competence, qualifications, their pedigree and credibility.

“Appointment of judges is not anyhow business. The person must be credible and competent. Remember when someone is made a judge, the future and lives of so many people have been handed into their hands. Judges are like God in their court and their rulings are obeyed.

“So, you cannot just bring up anybody who didn’t pass through the necessary scrutiny like that of the NBA and expect the person to be a judge here. So, after we did the screening and the recommendation, the list we were given to screening wasn’t exactly what was forwarded to the NJC.

“I now saw several names that never appeared for the screening and recommendation by the NBA on the list forwarded to the NJC. How can we screen just six names and more than 15 names were forwarded to the NJC for appointment as judges? That’s not how it should be.”

The vibrant lawyer however said he does not want to accuse anybody of having a personal interest, but stressed that all he is saying is that the right thing must be done.

“There’s no art to find the mind’s construction in the face” as William Shakespeare wrote in his book. However, what I’m saying is let the chairman of the JSC Abia State do the right thing. Other states are doing it.”

On the solution, Onweremmadu said, “I’m no longer an Executive Member of the NBA Aba Branch. I’m an ex-official, but let them take those names to the current exco for screening, and send the names also to retired and current Justices in the state as well according to the law.