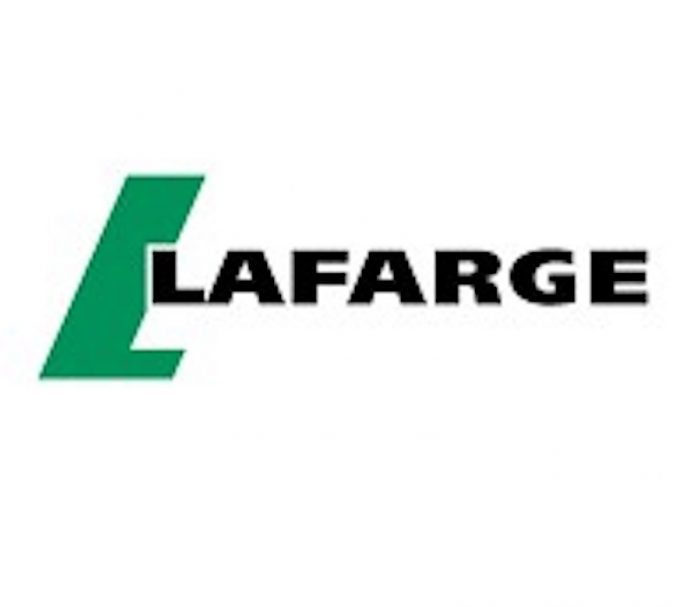 The stock price of Lafarge Africa Plc depreciated by 2.13 per cent to N23.00 per share yesterday, from the N23.50 it opened on the Nigerian Exchange Limited (NGX) following reports that its parent company, Lafarge SA has agreed to pay financial penalty of nearly $778 million and also pleaded guilty to a United States federal court of conspiring to provide material support to ISIS and another terrorist organisation.

The stock price of the cement producing company on the NGX had remained flat since September 21, 2022, but depreciated to N23 per share yesterday.

Capital market analyst said the sanction imposed on its parent company was going to affect its performance on the NGX.

The company has pleaded guilty to a United States federal court of conspiring to provide material support to ISIS and another terrorist organisation.

It was an unprecedented corporate prosecution under the material support of terrorism law, according to the US Justice Department.

The company pleaded guilty in a Brooklyn federal court yesterday, according to the CNN.

The $10.24 million in payments to ISIS, the al-Nusrah Front and intermediaries were made from August 2013 through October 2014, and occurred even as the terror group was kidnapping and killing Westerners.

“Lafarge has admitted and taken responsibility for its staggering crime,” said U.S. Attorney Breon Peace in a statement.

“Never before has a corporation been charged with providing material support and resources to foreign terrorist organizations.”

Peace’s office said Lafarge Cement Syria executives bought materials needed for their cement plant in the Jalabiyeh region of northern Syrian from ISIS-controlled suppliers, and paid monthly “donations” to ISIS and ANF, so that employees, customers and suppliers could cross checkpoints around the plant.

Lafarge Cement Syria “eventually agreed to make payments to ISIS based on the volume of cement that LCS sold to its customers, which Lafarge and LCS executives likened to paying ‘taxes,” Peace’s office said.

“In the midst of a civil war, Lafarge made the unthinkable choice to put money into the hands of ISIS, one of the world’s most barbaric terrorist organizations, so that it could continue selling cement,” said Peace.

“Lafarge did this not merely in exchange for permission to operate its cement plant – which would have been bad enough – but also to leverage its relationship with ISIS for economic advantage, seeking ISIS’s assistance to hurt Lafarge’s competition in exchange for a cut of Lafarge’s sales,” Peace said.

Lafarge was purchased by Switzerland-based Holcim in 2015.

“Lafarge SA and LCS have accepted responsibility for the actions of the individual executives involved, whose behavior was in flagrant violation of Lafarge’s Code of Conduct.

“We deeply regret that this conduct occurred and have worked with the U.S. Department of Justice to resolve this matter,” the company said in a statement.

The company’s dealings with the terrorist group were the subject of an internal investigation several years ago. At the conclusion of the probe, the corporation said employees of a legacy company were paying off intermediaries without regard to the identity of the groups involved in order to keep operations running and the plant safe as violence escalated in the region.

“The combination of the war zone chaos and the ‘can-do’ approach to maintain operations in these circumstances may have caused those involved to seriously misjudge the situation and to neglect to focus sufficiently on the legal and reputational implications of their conduct,” Lafarge Holcim, as the company is now known, had said in a public statement in 2017.

Magali Anderson, a top executive at Lafarge, pleaded guilty on behalf of the company.

Holcim in a statement to CNBC said it supports the plea agreement that Lafarge reached with DOJ.

“None of the conduct involved Holcim, which has never operated in Syria, or any Lafarge operations or employees in the United States, and it is in stark contrast with everything that Holcim stands for,” Holcim added in the statement.

“The DOJ noted that former Lafarge SA and [Lafarge Cement Syria] executives involved in the conduct concealed it from Holcim before and after Holcim acquired Lafarge SA, as well as from external auditors,” Holcim stated.

“When Holcim learned of the allegations from media reports in 2016, Holcim proactively and voluntarily conducted an extensive investigation, led by a major U.S. law firm and overseen by the Board of Directors. It publicly disclosed the principal investigative findings in 2017 and separated from former Lafarge SA and LCS executives who were involved in these events.”

However, an analyst at PAC Holdings, Mr. Wole Adeyeye attributed the decline in Lafarge Africa’s shares to general stock market weak sentiment by investors, stating that investors understand Lafarge Africa is a subsidiary that is wholly a Nigerian entity.