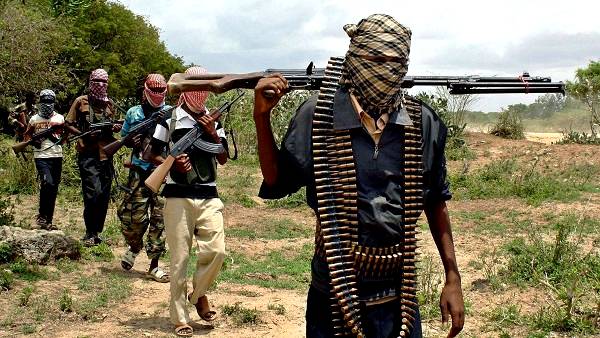 The lifeless body of one of the three victims kidnapped by bandits early hours of Sunday  in Malumfashi Local Government Area, Katsina State has been found along the Yammama-Kaita road early hours of Monday.

The deceased, identified as Alhaji Saminu Gambo Gora was kidnapped from his residence in Gora Village along with two others from Dayi Community on Saturday by the assailants.

However, the whereabout of the two other victims is still unknown as their captives are yet to communicate with any member of their family or associates to make their demands known.

Among the two kidnapped victims still at large is Hyginius Ugo Ejike also known as “Yellow,” a businessman who specializes primarily in the sales of building materials in Dayi community.

According to the source, the assailants in the bid to kidnap ‘Yellow’, removed completely the gate of his residence located along the way to the community cemetery.

“After removing the house gate, they entered the house and demanded for money but they had no money at home to give them. So, the assailants pulled him out of the house wearing singlet and boxers. But the wife pleaded with them and they allowed him to put on a shirt and trouser before taking him away. They also took the wife’s phone with them,” the source noted.

It was also learnt that the third victim identified as Mustapha Iliyasu was also kidnapped from his residence within the same neighbourhood. Mustapha is said to be the grandson of the village head and works at the Primary Health Care Centre in Dayi community.

Also, in one of the residence visited by the hoodlums, the head of the house was said to have jumped over the fence, leaving his wife and newly born twins at the mercy of the bandits. Fortunately, the assailants spared the wife because of the twin babies after she told them her husband did not spend the night at home, the source said.

It was gathered from sources that Dayi community which was heavily traumatized by bandits in the past, has for close to two years now enjoyed relative peace before the renewed attack on Sunday.

“The last time the Dayi community came under bandits attack was in March 2021 when one of the prominent son of the community, Alhaji Mani Dayi was killed in cold blood by terrorists who stormed the community to abduct him but shut him after he attempted to escape from their grips while taking him away,” one of the residents told Vanguard.

As a result of the renewed attack in which three persons were shot and killed by supposedly the same terrorists who kidnapped two persons from Dayi and one other from Gora community, many residents have deserted the community for fear of being attacked by the hoodlums.

According to a reliable source, the three persons killed early hours on Sunday at Diyam Community, slept outside close to their cattle to prevent them from being stolen but were overpowered when the hoodlums came calling and  eventually shot and killed them.

It is pertinent to note that the Federal Science and Technical College in Katsina State is located in Dayi Community.

The Spokesman of the Katsina Police Command, SP Gambo Isah is yet to issue an official statement on the attack. He promised to do so as soon as he is briefed by the DPO of the affected area.