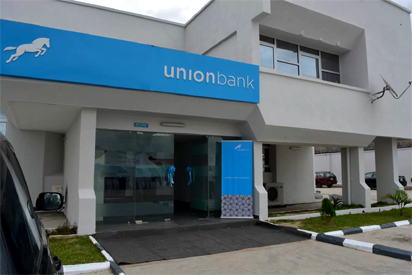 Leaders of the National Union of Banks , Insurance and Financial Employees, NUBIFIE, have raised concerns over the perceived lack of transparent acquisition and sale of  Union Bank Plc and Polaris Bank, threatening to challenge the sale in court.

Among the concerns raised by the leaders of NUBIFIE is the issue of 10 percent statutory shares that should be allocated to workers in the sale of the banks, especially Polaris Bank which included the defunct Afribank owned by the government.

Announcing the communique issued by NUBIFIE at the end of its National Executive Council, NEC, meeting in Abuja, to a cross session of Journalists weekend in Lagos, President and General Secretary of NUBIFIE, Anthony Abakpa and Ishiyaku Sheikh, respectively, asked “the Federal Government, the Bureau of Public Enterprise, BPE, and other government agencies that midwifed the sale of Polaris Bank, to “explain to NUBIFIE members what happened to their statutory shares. We have neither forgotten about the shares nor abandoned it. We will ask for it because it belongs to workers. We are going to demand for it from government and BPE. It is statutory in line with the privatization act.”

Reading the communique, the President of NUBIFIE, among others, said “The NEC-in-Session having reviewed the sale of the two banks; Union Bank of Nigeria Plc and Polaris Bank Limited, respectively, observed that several salient questions have been left unanswered.

“Without prejudice to inter-agency collaboration, the question arises as to what roles did the two agencies, namely, the Central Bank of Nigeria, CBN, ( under whose watch and supervision the banks referred to became distressed or insolvent) and, the Asset Management Corporation of Nigeria, AMCON, played in the determination of who best suited to acquire or buy these enterprise?

The NEC-in-Session taking cognizance of the huge amount of tax payers’ money sank into Polaris Bank to the tune of over one trillion Naira, could hardly come to terms, or comprehend the manner in which a deal involving such magnitude could be executed without public awareness or visibility.

“The Union is concerned that such manner of transaction with a N50 billion paid and the rest spread over 25 years is more likely to be viewed as patronage, and could hardly elicit public confidence which such a bank needs now as a matter priority.

“The Union is equally concerned about how the massive fixed assets of the bank would be managed or was the deal inclusive of all the bank’s fixed and movable assets in the sale that generated the N50billion being quoted in the media. If so, that would further reinforce the believe that the sale was anything but a transparent transaction.

“And when ethical values are undermined and standards compromised, credibility of such transaction becomes suspect, and people gradually lose faith and confidence. If left unresolved in a transparent manner, it would ultimately pave way for another round of distress, which is why we are concerned.

“Another question is whether AMCON was allowed the free hand in the exercise of its statutory responsibility as vested on it by Section 34 (a ) and ( b ) of the Principal Act 2021 as amended, in carrying out its role in the entire process of the sale of the bank, as required of it by the Act. This is very important for a transparent management of the entire fixed and movable assets of Polaris bank.

“As regard the acquisition of Union Bank (a bank of over 100 years of existence) by a bank of slightly less than 10 years in existence ( Titan Trust Bank ) was another transaction that may have been in default of due process, transparency and, accountability, given the entrenched and established capacity of Union Bank across the country, including its offshore branches.

“Union bank of Nigeria Plc has offshore branches all over, especially the London branch and many others in Europe and Africa. What becomes of such branches?

Obviously, decent society where rule of law and adherence to regulations are respected, regulatory authorities in some of the offshore countries would most likely not allow a bank which has not met the requirements in terms of its cognate profile and institutional experience to acquire or buy the offshore branches.

“The union continues to wonder if the intention was to salvage a supposedly weak bridge bank and build it into a sort of strong mega bank? Where were the other banks with demonstrable, solid track record of excellence and institutional experience ? Could it be that none were interested in acquiring a behemoth of a bank like Union bank Plc?

“Our concern as a union is that any transaction of such magnitude conducted in a cavalier manner devoid of consensus from all stakeholders, including workers and the ordinary day-to-day depositors, amounts to abuse of power and privilege , which is likely not to going to be sustainable in the long run.

“The NEC of the Union is studying all options available to it over the sale of the two banks and is prepared not only to defend the rights of workers whatever their status may be, but also challenge the entire process in a competent court of law to demand for equity, justice and fair play and protect the voiceless majority.

“Motivated and guided by the desire to defend due process and transparency in the manner in which matters relating to banks and insurance are conducted by relevant regulatory authorities and ensure conformity with the ethical tradition of fidelity, trust, integrity, confidence and transparency as required of them, NEC unanimously authorized the national secretariat of the union to take necessary measures in compliance with its resolutions to seek remedy on behalf behalf of itself and the voiceless majority.”