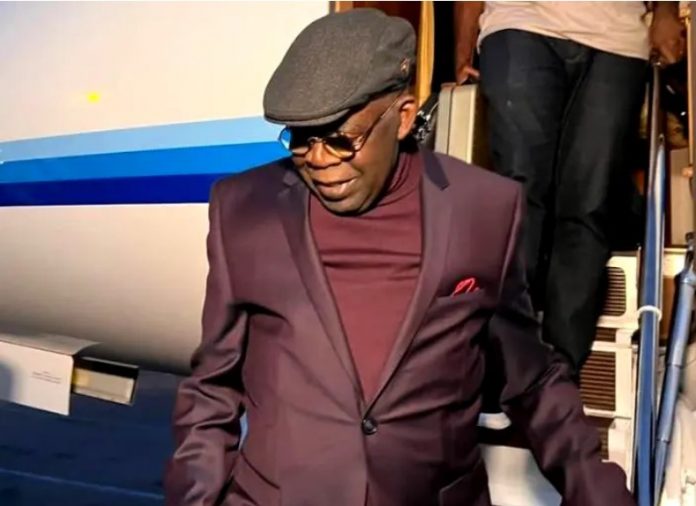 Ahead of next year’s presidential election, key supporters and kinsmen of former President Goodluck Jonathan have endorsed the presidential candidate of ruling All Progressives Congress, APC, Bola Tinubu as part of their commitment to having a Nigerian president of Southern extraction“Operating under the aegis of Citizens Network For Peace and Development in Nigeria CNPDN, the supporters and kinsmen who earlier rooted to have Jonathan on the ballot, said since he declined to join the race, the right thing to do is to support Tinubu, who they said, had the structures and capacity to win the elections.

Earlier in the year, CNPDN was among the first Southern Coalition to openly urge former President Jonathan to run for office on the platform of the APC.

The coalition had also engaged prominent Southern leaders to prevail on the former president to join the race.

Although, Jonathan had promised to consult widely, he later declined to join the APC and enter the race, thus paving the way for Tinubu to emerge as the APC standard bearer.

At a media parley at the weekend in Abuja, National Secretary of the Coalition, Francis Okereke Wainwei, who, like Jonathan, hails from Bayelsa State, said as patriotic citizens, they could not sit back and not participate in the electoral process of the country.

Wainwei noted:   “As patriotic citizens under the auspices of the Citizens Network For Peace and Development in Nigeria, we took it up as a burning need for us to be actively involved in the process leading to the election of Nigeria’s next president who shall be taking over from President Muhammadu Buhari next year.

“We consider it as very important and necessary because Nigeria needs a truly visionary, competent and detribalized leader to enthrone a more united, peaceful and prosperous nation.

”As patriotic citizens, we feel obliged to take some proactive measures to ensure that the right president is elected in 2023 by providing proper information and guidance that will enable the electorate elect the right candidate as president.“