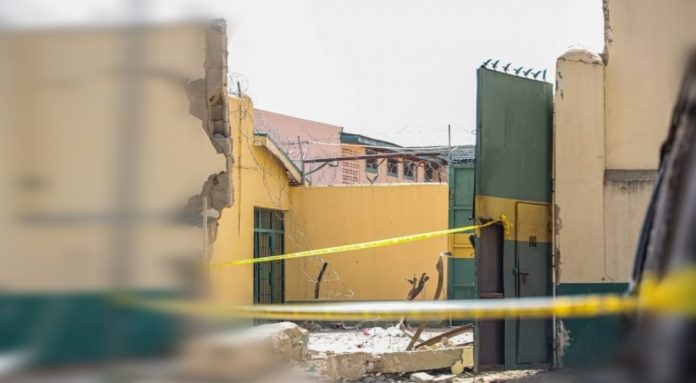 The federal government has concluded investigations into the attack on Kuje Correctional Centre in which 600 inmates escaped.

Minister of Interior, Rauf Aregbesola, stated this on Tuesday in Abuja at the fourth edition of the PMB Administration Scorecard 2015-2023 Series,  organised by the Ministry of Information and Culture.

Mr Aregbesola, however, said that details of the investigation would not be made public, “as it is still a security document”.

The minister said some of the escapees had been recaptured and returned to the centre, while efforts were on to arrest other escapees.

According to him, the greatest legacy of the Buhari administration was the degrading of insurgents and retaking of areas hitherto under their control.

“In 2015, the insurgents were holding territories in some local governments in Adamawa, Borno and Yobe States.

“But as we speak, they have been dislodged. Yes, there are challenges here and there, but there is no nation without challenges,” he added.

On the issuance of passports, Mr Aregbesola said, “We don’t have enough processing and data capturing centres across the country. This is the major challenge.

“For example, we have only three centres in the whole of Lagos, but I can assure you that before this administration leaves by May 29, next year, Lagos will have 20 processing centres.

“We will open a processing centre in Daura, Oyo, Zaria, Alimosho, Defence Headquarters, Head of Service office, and one in the Ministry of Interior,” the minister said.

On the protection of the nation’s critical assets, he commended the Nigeria Security and Civil Defence Corps (NSCDC) for the wonderful job they have been doing.

Mr Aregbesola said that the NSCDC has performed well in monitoring and deployment of security before, during and after the conduct of every general election in the country.

“The service has also been involved in the protection of lives and property of Nigerians especially along the major expressways across the country.

“The NSCDC has also succeeded in establishing and training a special squad, popularly called ‘agro rangers’ whose responsibilities is to monitor and give protection to farmers in their various farms across the country,” he said.

Mr Aregbesola said that the federal government has established Fire Service Centres in the 36 states as well as zonal offices.

He added that the fire service had organised outreach programmes in the FCT on how to manage fire outbreaks and its impacts on lives and property.

“The service has succeeded to manage about 10,659 fire outbreaks across the country that would have ordinarily resulted in serious casualties,” Mr Aregbesola added.

This feat, he said, was achieved through the support of President Muhammadu Buhari, who approved the procurement of world class fire equipment and recruitment of firemen.

The minister assured that the ministry remained committed to tackling any threat to the nation’s internal security.