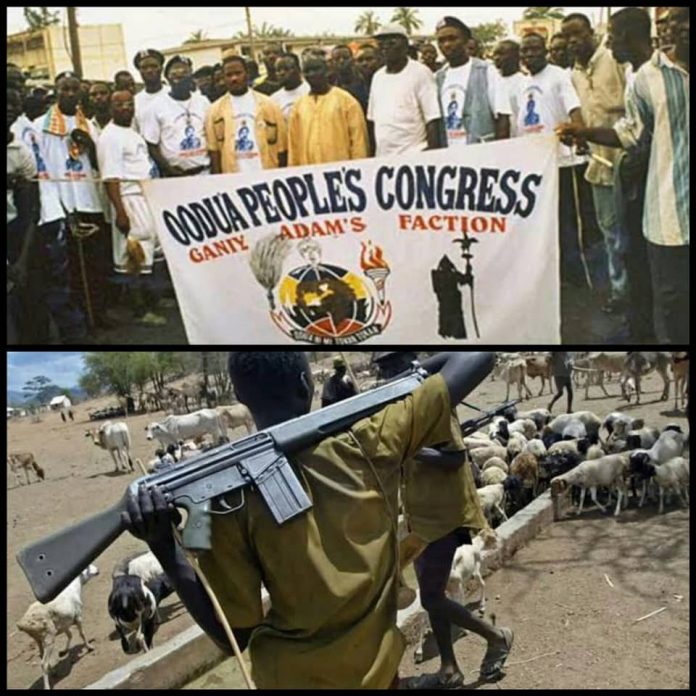 The Kwara State Police Command has said that it recovered four corpses from the scene of the clash between members of the Oodua Peoples Congress and Fulani people in Ajase-Ipo, Irepodun Local Government Area of the state on Friday.

The police, in a statement issued late Friday, and signed by the Command’s Spokesperson, Ajayi Okasanmi, said the clash was as a result of misunderstanding between members of the OPC and the cattle dealers in Kaara market, Ajase-Ipo, Friday evening.

Scores of people from both the OPC and the Fulani cattle dealers as well as passersby were injured while some vehicles including commercial buses and cars had their windscreen shattered in the clash.

According to the police, the crisis erupted on the evening of Friday at 6.30pm when one of the cattle being led across the Ilorin/Omu-Aran highway by a Fulani herdsman broke the side mirror of one of the vehicles in the OPC convoy, who were returning from Osun-Osogbo festival in Osun State.

The police said the misunderstanding led into a serious argument which eventually escalated into exchange of gunfire on the side of both the OPC and the cattle dealers in the market.

Friday was Kaara Market Day, a weekly market where cattle and other animals such as ram, sheep, goats, fowls as well as farm crops were traded.

“Information received by Ajase-Ipo Divisional Police Headquarters was to the effect that some OPC members in a convoy of about 20 vehicles believed to have been coming from Osogbo, Osun State, were passing through the Kara market where a cow being led across the road by its handler broke the side mirror of one of the OPC vehicles, which resulted in an argument that eventually escalated into an exchange of gunfire by both the OPC members and the cattle dealers in the market.

“Four lifeless bodies of unidentified persons were recovered at the scene,” the police said in the statement.

“The immediate deployment of detachments of policemen and teams of conventional policemen to the scene by the Commissioner of police, Tuesday Assayomo, prevented the escalation and killings of more people.”

The police said that the four unidentified dead bodies had been evacuated from the scene and deposited at the morgue of the University of Ilorin Teaching Hospital while the injured had been taken to the hospital in Ajase-Ipo for medical treatment.

He said normalcy had returned to the area while policemen were also stationed at the scene to prevent further break down of law and order.

He said the Ilorin-Omu-Aran highway was now free as the road had been cleared and every obstruction removed from the road.