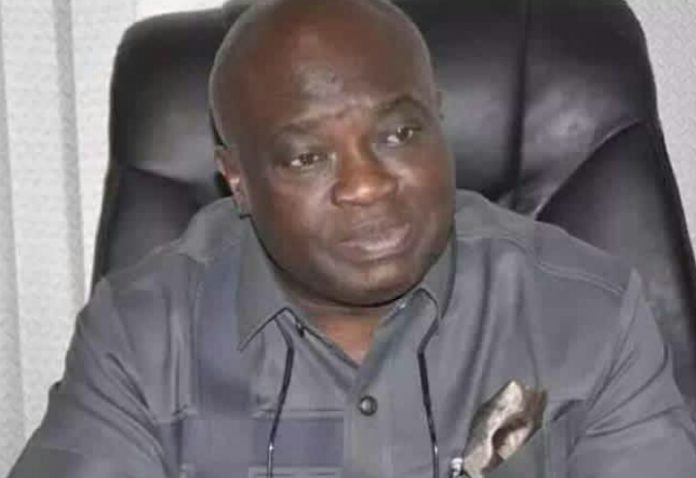 The Abia State governorship candidate of the All Progressive Grand Alliance, Greg Ibe, has advised Gov. Okezie Ikpeazu against going for a fresh bank loan.

This was following Ikpeazu’s pledge of N450 million intervention to re-accredit the Abia State Polytechnic, Aba which was de-accredited by National Board for Technical Education over non-payment of over 30 months salaries.

Prof. Ibe, who spoke on the alleged subtle plan by the State Government to borrow N450 million to bail out the Polytechnic, described the move as “digging a hole to fill a hole”.

Prof. Ibe declared as wrong for the State Government to resort to fresh loan when in fact, it could bail out the institution from its share of the federation allocation.

He accused the State Government of using the move as a cover to borrow more money for “unclear purposes after Abia stakeholders blocked an earlier move to borrow N60 billion”.

He queried, “Why borrow N450 million when Government can actually bail out the institution if it is sincere?

“Why plunge the state into further debt? Abia already has almost N100 billion debt hanging on its neck. How will the school operate if their debt servicing will take all the revenue collected from School fees?”.

He noted, “The state keeps receiving allocations from the Federal Government every month and Abians want to know how the funds are spent”.

“If two aides of the Governor can be paid up to N25 million monthly for his media person who is totally redundant and almost a radio station owner, why can’t the State bail out Abia Poly?

“ABSUTH has lost accreditation to admit medical students because the doctors have been on strike for non payment of their salaries for over two years. ABSU lecturers are complaining of salary arrears of over nine months. Where is Abia money going? ”

But the state Commissioner of Information, Eze Chikamnayo debunked that no Governor’s Aides are being paid N25 million monthly, dismissing the allegation as unfounded.

“There is no such thing. It’s only a figment of the imagination of the peddlers. I advise Abians to be weary of those propagating such lies”, he said, denying that the State Government was obtaining any bank loan.

“It’s a control measure to enable all stakeholders know what comes in and goes out. There is no way we will allow them to have 20 or 30 accounts because those multiplicity of accounts lead to sharp practices.

“The State Government does not interfere in the internal affairs of the institution.

“Abia Poly is a semi-autonomous entity. Abia Government doesn’t interference in its internal affairs. If the Management decides to go for a loan, will it be in Government’s name?

He said most of those criticising the Government were biased and members of the opposition. Those making those allegations are mostly members of the APC that has borrowed and over-borrowed until even their own National Assembly is trying to put a wedge on their borrowing spree.

“If they can’t question the Federal Government that has gone haywire with borrowing, what morality do they have to come and start looking for what?”

However, there are speculations that Abia’s debt has now risen to over N90 billion but as at the time of filing this report, Abia’s current debt profile is not on display on the list of heavily indebted states.