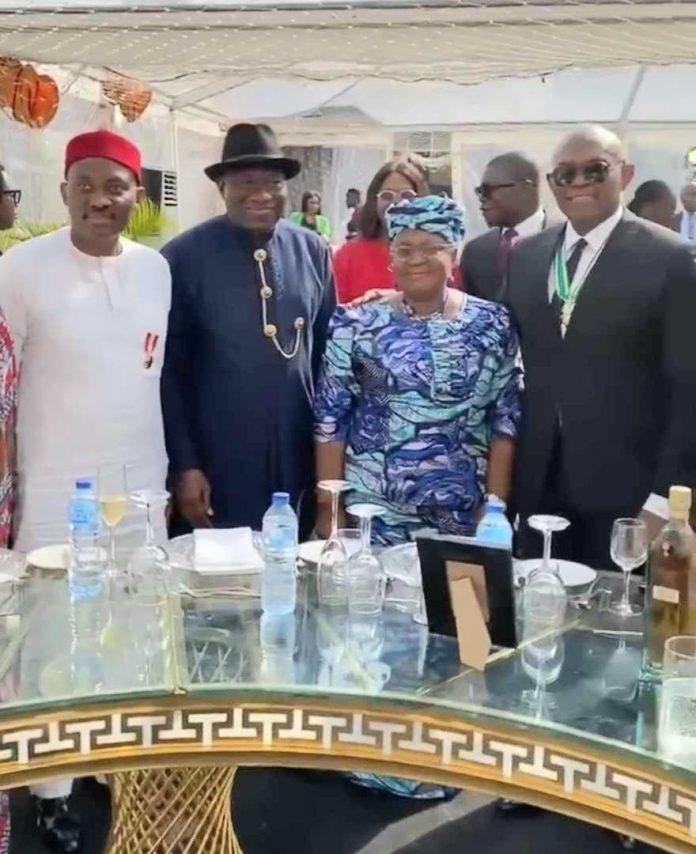 The Elumelu brothers, Chairman UBA Group and Heirs Holding, Mr. Tony Elumelu and Minority Leader of the House of Representatives, Ndudi Elumelu, held an intimate reception after they both received national awards on Tuesday.

Posting on both their Instagram pages and Instagram stories, Ndudi and Tony shared photos and videos from the reception that showed former President, Goodluck Jonathan and Director General of the World Trade Organisation, Ngozi Okonjo-Iweala, present at the gathering.

His post read, “Today I received a national award of OON (Officer of the Order of the Niger) along with my elder brother, Tony Elumelu CFR and thereafter had an enlarged reception in Abuja with former president, Goodluck Jonathan and Dr. Ngozi Okonjo-Iweala, who received GCON, in attendance

In another post Ndudi posted of Tony dancing, he said, “The lion of the family worthy of CFR. I’m always proud of you brother. Congratulations our pride.”

The Tony Elumelu Foundation on their Instagram page also celebrated their founder.

Tony, who had also received MFR and CON awards in the past, on his official Instagram page also celebrated himself and his brother on their awards with a video post from the event yesterday.

The caption read, “It was indeed an honour for my family yesterday to have both my brother and I receive national awards.