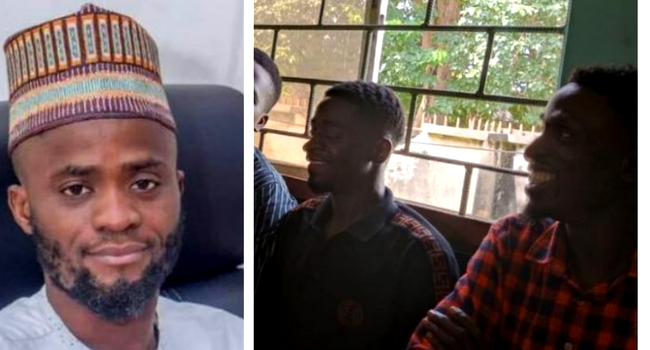 An Ilorin Magistrate Court, on Friday ordered the remand of two siblings; Dare Akogun and Abdulrasheed Akogun for allegedly defaming and inciting the public against the government of Mallam AbdulRahman AbdulRazaq.

It would be recalled that the governor’s Chief Press Secretary, Mallam Rafiu Ajakaye, through a petition to the Commissioner of Police accused the duo of defamation and inciting the public against the government.

Ajakaye said AbdulRasheed posted a comment on the popular WhatsApp platform, Kwara Commission, accusing government of the day of being most corrupt and of facilitating fifteen million naira to prosecute the last election of the Nigerian Union of Journalists (NUJ), Kwara State chapter.

It was revealed that during the intervention of Kwara State police Commissioner, Paul Odama, advised that they apologise but the duo claimed that the apology could be used against them both now and in the future by the government.

The accused further claimed during the intervention that they have pieces of evidence to proof their claims, hence they are ready to press the charges against the state government, a development that made the police commissioner to order prosecution of the case.

Meanwhile, their arraignment was preceded by a drama-like scenerio when the Correctional Service Officers stormed the court premises in a commando style, handcuffed the defendants and attempted taking them to prison without a remand warrant.

Meanwhile, members of the Association of Kwara Online Media Practitioners (ASKOMP) and senior colleagues in journalism, who were on the ground, resisted the move in a peaceful protest saying such a process is illegal, unconditional and it’s a radical display of power.

During the sitting, the prosecutor, Nasir Yusuf, informed the court that the police investigation over the matter is still ongoing praying for another date for adjournment.

On the issue of bail, Yusuf prayed the court to grant the applications seeking the remand of the defendants as contained in the motion exparte attached to the police report. He added that the motion is supported by eleven paragraph affidavit.

Magistrate Bio Salihu who presided over the matter, however, overruled the defendant’s Counsel, Barrister Kehinde Eleja SAN from appearing before him.

Eleja argued that the defendants have the right to legal representation and he has the choice to appear for them stressing that his appearance is backed by law.

The Magistrate insisted that according to the Kwara State law, he lack the jurisdiction to hear him on the basis of being Senior Advocate of Nigeria.

The Magistrate however granted the prosecutor’s application for remand while the matter is adjourned to 19th of this month.