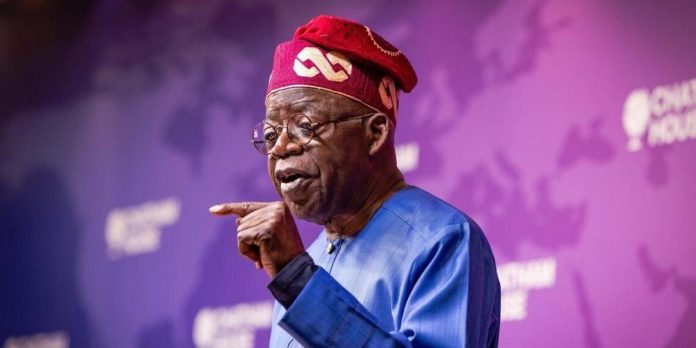 The Abuja Division of the Federal High Court on Tuesday dismissed a certificate forgery suit filed by the Action Alliance (AA) against Bola Tinubu, the presidential candidate of the All Progressives Congress (APC).

Justice Obiora Egwuatu, in a judgement, held that the suit instituted by AA was statute-barred, having not been commenced within the mandatory 14 days provided for under the 1999 Constitution (as amended by the Fourth Alteration Act).

Mr Egwuatu said the suit had become academic and grossly incompetent; hence, the court lacked the requisite jurisdiction to entertain it or grant the reliefs sought by the plaintiff.

The judge, who said the plaintiff lacked locus standi to file the suit, also held that it acted like a busybody, having interfered in the internal affairs of another party.

He consequently dismissed the suit for constituting an abuse of the court process.

In a writ of summons dated and filed on June 21 by its lawyer, U.O. Ukairo, AA sought a court declaration that the claim of the third defendant (Mr Tinubu) that he attended Government College, Ibadan, and the University of Chicago on his INEC FORM CF 001 in 1999, which he presented to the first defendant (INEC) was false.

It also sought a declaration that the false information on the APC presidential candidate’s “INEC FORM CF 001 wherein he claims to have been awarded a Bachelor of Science Degree in Economics by the University of Chicago is a forged certificate.”

It further sought a declaration that in view of section 137(1)(j) of the 1999 Constitution, Mr Tinubu, having in 1999 presented a forged certificate to INEC in INEC FORM CF 001, which he submitted as a candidate in the 1999 general elections for the post of the governor of Lagos State was not qualified to contest the office of president of the Federal Republic of Nigeria.