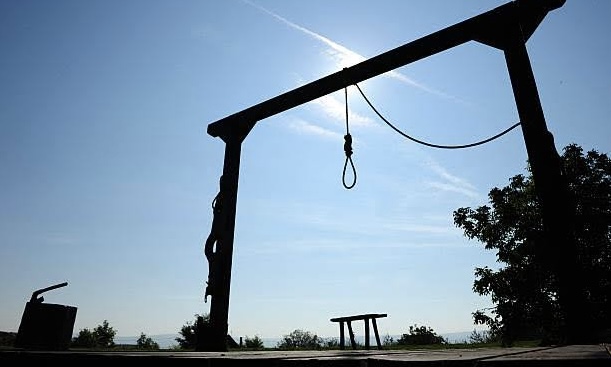 After a year and a half legal tussle, the Kwara High Court on Tuesday sentenced the killers of Olajide Blessing Omowumi, a 300-level student of the University of Ilorin, to death by hanging.

The deceased, who would have turned 26 years this year, was raped and murdered by the assailants.

The trial judge, Ibrahim Yusuf, who handed down the judgement, convicted the first, second, and third suspects; Abdulazeez Ismail, Ajala Oluwatimileyin, and Oyeyemi Omogbolahan, for the offences of culpable homicide and armed robbery, ordering that they should die by hanging.

“I direct you Abdulazeez Ismail, Ajala Oluwatimileyin, and Oyeyemi Omogbolahan, should be hanged by the neck until you’re pronounced dead,” the judge pronounced.

In the 165-page judgement, delivered over four hours, the court also sentenced the fourth and fifth suspects to three years’ imprisonment for theft.

Earlier, the court had discharged and acquitted the sixth, seventh and eighth suspects; Abdullateef Abdulrahman, Daud Aderayo, and Akande Oladoja, because they were not found guilty of any charges against them.

According to the judgement, the lifeless body of the deceased was found in the afternoon time of the day with bruises all over her body, her hands tied to the back, and a towel covering her face.

The judge added that the conventional statement, which could be relied upon based on law, revealed that the deceased struggled with the killers until she was pushed and fell, while the first and third convicts held her down for the second convict to perpetrate the henieus crime of rape.

He said the deceased was raped to death on June 2, 2021, at her guardian’s residence in the Tanke area of Ilorin, and a piece of paper was dropped on her chest with a message containing ‘No forgiveness for Unilorin student.’

According to the judgement, Messrs Ismail, Oluwatimileyin and Omogbolahan conspired to rob the deceased of her Samsung Galaxy A2 Core handset, one black Acer Aspire laptop, and one Samsung drive, among several other items.

The killers were tried on an 11-count charge bordering on murder, rape, armed robbery, and illegal possession of firearms, among others.

Reacting to the judgement, the prosecution counsel and former Attorney-General and Commissioner for Justice, Salman Jawondo, told journalists after the court session that justice had caught up with the culprits.

“Although the third defendant, who was also convicted of rape, was sentenced to life imprisonment, it’s neither here nor there. When somebody is condemned, the life imprisonment does not ameliorate anything,” he said.

Mr Jawondo further explained that “With respect to the fourth and fifth defendants, they were found guilty of conspiracy to steal and stealing of money in the bank account of the deceased.

“You know, after killing her, they took her ATM card, Sim card, and phone.

“They changed her password through the instrumentality of the fourth and fifth defendants, who are experts in computer manipulation, and collected some money through transfer, totalling about N149,000.

“They were convicted for conspiracy and stealing/theft. They were accordingly sentenced to three years imprisonment to run concurrently. For conspiracy, one year, for main offence, three years, commencing from the date of their arrest.”