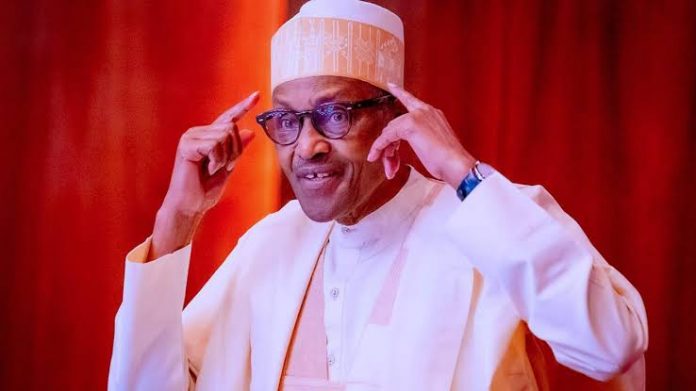 President Muhammadu Buhari yesterday, cautioned the state governors not to always call on the federal government for response to natural disaster in their area without first responding.

President Buhari in a statement by his Senior Special Assistant on Media and Publicity, Malam Garba Shehu, said that response to flooding and other natural disasters should follow the triple response structure of the local governments, states and the federal government.

While extending condolences to the victims of flooding in some parts of the country, Buhari said “The structure of the response mechanism on this issue is clear: the government at the center should step in to directly address national-level emergencies and that local government councils and the states are the first responders in all situations.

“Calls for the federal government to respond to all outbreaks of natural disaster do not just display an understanding of Nigerian law.

“While not a national-level emergency, the ongoing flooding is an emergency nevertheless. Nigerian lives and property are at stake. We call on governors of those states that have swung into action and engaged the necessary gear to continue with their efforts, and those that have not, to immediately face their duties of managing the flooding within their jurisdictions – that is, the job that the President, Governors and council Chairmen have been elected to do.

“Each of the three tiers, the local government, the state government and the federal government has a sizeable budget at its disposal, allocated monthly precisely for dealing with these state-level natural emergencies, as well as federal agencies dedicated to doing the same.

“It is not clear why some of the state governments in question are not already drawing upon those funds to tackle the current emergency, and the general population is misguidedly calling on the federal government to intervene in all situations. If those moneys are, for whatever reason, no longer available, the affected states and local councils must immediately contact the relevant authorities to explain what has happened with those funds.

“Under the prevailing revenue allocation formula, 2.32 percent of derivation funds is set aside for ecology and disaster management.

“Of this amount, the 36 states and the FCT get 0.72 percent, the 774 local governments get 0.6 percent, adding to 1.32 percent, leaving a balance of one percent to the government of the federation.

By the law of land, NEMA takes 20 percent of the amount allocated to the Federal Government. The North East Development Commission, NEDC collects 10 percent , the National Agricultural Land Development Authority, NALDA 10 percent, and the National Agency for the Great Green Wall, GGW 0.5 percent, leaving 0.55 of the one percent to the government at the center for ecological protection and disaster management.”

While Commending the few states working to avert natural disasters.and managing same where they occur, the President gave the assurances that the federal government would continue to work closely with the states to provide all possible assistance to overcome this challenge.

He insisted that responding to natural disasters must be seen as a shared responsibility adding that such must stand on the three-legged structure.

Noting that flooding, droughts out of season, wild weather patterns are now global experiences due to climate change, he said no one now denied its detrimental effects in all corners of the planet.

He cautioned, “Nigeria’s efforts led by the President have been acclaimed in Africa and globally. Instead of making headline grabbing calls, politicians should take the trouble to find out from the Ministries and state governments what steps are being taken in the face of these challenges.”