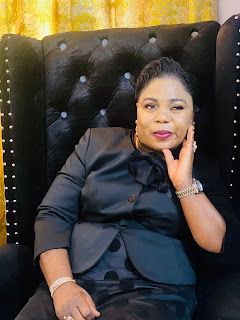 My attention has been drawn to a recent publication going on, on the social media titled “How popular Lagos Lawyer, ABIMBOLA BADIA JACK is THREATENING THE PEACE of Gateway Zone, Magodo Phase I Residents”. My name was mentioned as the person that sponsored an alleged attack on the Exco /Residents of the Said estate. I wish to categorically state that the publication can only be a figment of their imagination.

The content was untrue and totally false rather, they are the ones threatening and preventing me and Ojoko family access to the Ojoko Family Land which I manage , on behalf of the family. On Monday , 26th of September 2022, based on the petition the Ojoko family wrote to the office of the Commissioner of Police , Lagos State, on the recent attack from Executives of Gateway and their guards locking the access gate into the family land, by the Executive members of Gateway Zone, the Police Commissioner directed his men to visit the site and carryout investigation on issues raised in our petition. I received a call to meet the policemen at the Gateway Zone entrance gate. On getting there, I was prevented from accessing the gate by their security men in the presence of the men of the police force sent from the state police headquarters. Infact, one of the security men said that the management of the Gateway Zone has given them my name with an outright instruction not to grant me entry through the gate and that they are stationed at the entrance gate to enforce that instruction.

The policemen from the police headquarters tried to prevail on them but failed , until a call came from their superior at the force headquarters instructing the gateway zone security men to grant me access. The same tactics was used when the former vice chairman of the Estate , Mr Ojomo unlawfully trespassed on the family land without consent of the principal family members. So the question now is who is threatening who? On Tuesday , 27th of September, 2022 a client who wanted to visit the land called me that he was at the Gateway Zone and would like to visit the site, I met him there and the same treatment occurred. The security men refused to grant access to us again. I had to ask the client to let us leave the scene , since I was running late for another appointment . That I would do the needful by ensuring that the law takes its course . I intend to take the matter to the right authority in the land to find out if my inalienable right to freedom of movement as guaranteed under chapter iv of the Nigerian Constitution 1999 (as amended) can be taken away from me by the Executive members of the Gateway Zone Magodo. In the said publication , they referred to the family and myself as land grabbers? Can I be a land grabber on my own portion of the land or is it right for the original family that owns the entire land to be referred to as land grabbers on their own land.? On several occasions the former chairman of the CDA, Mr. Ojomo and his cohorts have been reprimanded to stop dealing with the family land unlawfully. Such act includes coming into the family land unlawfully. Such act includes coming into the Ojoko family land to erect fence and gates without prior consent of the land owners. The last time, he was almost being charged to court by the Police Officers at Area Command, Ogudu, but I had to rescue him out since we are neighbors, I opted for peace and they were warned seriously to desist from their illegal act. But rather they continued. In the same year, the so- called Estate Chairman left the Government scheme where he built his house and came to erect a gate in middle of the family land all in an effort to prevent development on the family side of the community. It took the intervention of the Lagos State Ministry of Physical Planning to pull down his illegal structure . Some of the landlords bought their land from the Ojoko Family. Even the past Vice Chairman of CDA Gateway Zone. For the records, Ojoko land is covered by court judgment ,Lagos State excision gazzeted by the state government and has certificate of occupancy. None of these affect the residents or executive members of Gateway Zone. So, the question of land grabbing does not arise, except if they intend to do so. From our findings, we do know that some of the Gateway Zone Exco members have personal interest in the family land. Some are representing the interest of external powerful forces. The family wrote petition to the land committee of the respected Lagos State House of Assembly and they intervened in this very matter . Hon. Kasunmu led the investigation panel then, the moment the House condemned the Excos of Gateway zone for locking the family out of their land, they immediately started using the social media to allege bribery and all sorts of blackmail against the Honourable members of the house that came to investigate . I must also state here that If we had granted the request of the former chairman of Gateway Zone , Mr. Ojomo, who requested for millions of naira (allegedly on behalf of the Gateway Zone), from the family representative, I would have been in their good book . but we refused to grant their request because it was on the high side and not justifiable. We have records of payments made by those that bought land from the family i.e payment of Development levies and Estate dues to the tune of N750,000 per plot to the Gateway Zone ofGateway Estate. It is unlawful for anyone to deprieve citizens the right of ingress and egress into any community. If the people of Isheri and Otedola Estate had closed their Access gates to the people of Gateway Zone, perhaps, they will not be in a position to develop their land talkless of residing there today. Let me say here that in the course of development, nobody can close his or her Estate gate to further gates , claiming that he does not envisage development beyond his estate. So nobody or estate, no matter how powerful can decide to deny some people access to their property located beyond their estate. In 2012, the Lagos State House of Assembly approved a bill making it mandatory that all Access or Estate Gates must be opened to people between the hours of 5:00am and 12:00am. No gate must be locked permanently against people or any person. Lastly, I want to say that there was never a time that I went with thugs or policemen to threaten the residents, it was a fabrication of lies from them. I had taken there matter to all police formations in the land, including the Federal Police headquarters in Abuja, I have written to the land grabbers committee at Alausa Secretariat, sent petition to the Lagos State House of Assembly, and I will continue to explore legal means as a Barrister and Solicitor of the Supreme Court of Nigeria and a Senior Member of the Bar, no matter the level of provocation, believing that justice will prevail at the end of it all. Thank you.