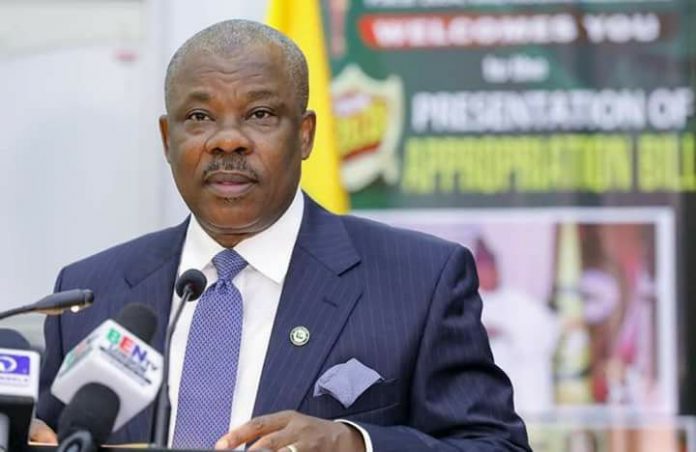 A former governor of Ogun State, Senator Ibikunle Amosun, has dumped Governor Dapo Abiodun for the governorship candidate of the African Democratic Congress, Biyi Otegbeye, in the forthcoming 2023 elections.

Both Abiodun and Amosun are chieftains of the All Progressives Congress.

Abiodun, who took over from Amosun in 2019, is seeking a second term in 2023 on the platform of the APC.

Amosun broke his silence on whom he would support in the coming election in the state, saying he would be backing Otegbeye in the next election against Abiodun while he pledged his support to the APC presidential candidate, Bola Tinubu.

He declared his stance during an exclusive interview with BBC Yoruba which was monitored by one of our correspondents on Monday.

“For the governorship, that is different. I don’t hide behind one finger to fight. On the governorship front, my supporters and I don’t belong to that side. I do not support the APC on that side. Biyi Otegbeye is the person I am supporting and ADC is the party.”

Amosun’s latest candidate, Otegbeye, is from Ogun West senatorial district and is a managing director at Regency Alliance Insurance PLC.

When contacted for comment, the APC Publicity Secretary in the state, Tunde Oladunjoye, described Amosun as treacherous.

Oladunjoye said the party in the state has better things to do.

He said, “We have better things to do than talking about a boastful and notoriously treacherous fellow.”