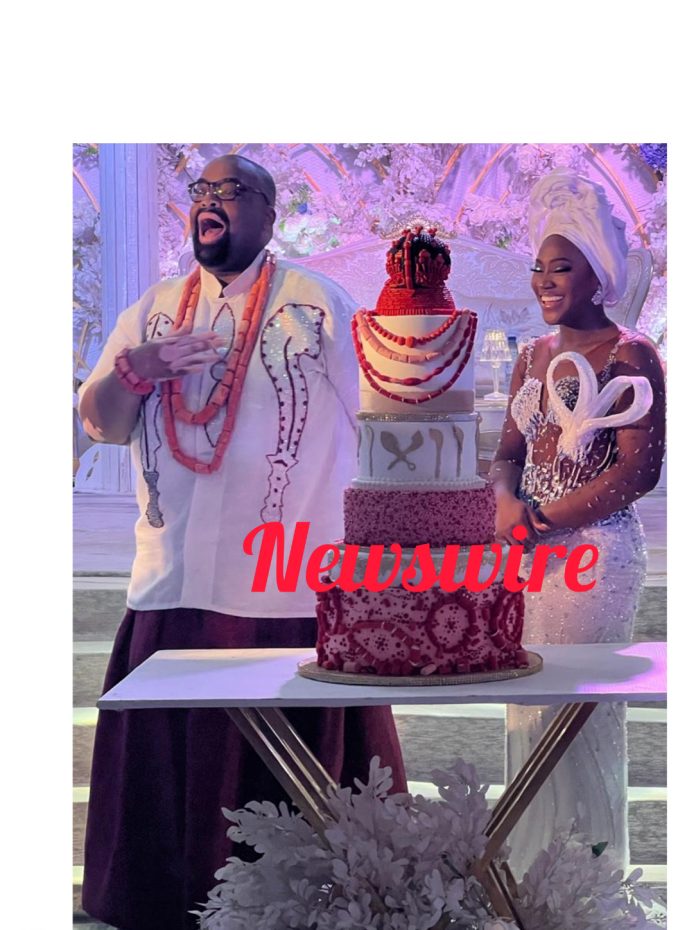 The ancient city of Benin, capital of Nigeria’s Edo State, was agog on Saturday, May 14, 2020, as the creme de la creme of Nigerian society brought the city to a standstill on the occasion of the traditional marriage rites between the President of the Nigerian Bar Association NBA, Mr. Olumide Akpata and his bride, the former Ms. Osayomon Ogbebor.

Not surprisingly, the event, which brought together two of the most prominent families in the state in a union dictated by the demands of native law and custom, exuded all the trappings of class, style and exquisite taste from start to finish.

NEWSWIRE Law & Events correspondent in Benin City reports that the ceremonies were preceded on Friday, May 13, by a well-attended vintage cocktail hosted by the the Benin Branch of the NBA  led by its ebullient Chairman, Pius Oiwoh, AICMC,  at the magnificient Justice Constance Momoh Hall, which serves as the Branch’s Bar House. A night of fine dining, wining, music and conversation, the cocktail was graced by Bar titans such as His Excellency, M.A. Abubakar, Esq., former Governor of Bauchi State; Chief Joe Kyari-Gadzama, SAN; Y C. Maikyau, SAN; and Afam Osigwe, SAN.  The First Vice-President of the NBA, John Aikpokpo Martins, led the full complement of the Association’s national officers to the Edo State capital for the programme, and they made their presence felt at the cocktail.

The palpable atmosphere of conviviality was heightened with the triumphant entry into the event venue of Mr. Akpata and his entourage.

On the D-Day, the NBA President, his family and friends proceeded to the family residence of his bride, Osayamon, where the traditional marriage rites were performed, after which the guests proceeded to the venue of the reception at the Nigerian Air Force Base, along Airport Road, Benin City. The avalanche of vehicles that thronged the route to the venue was enough to create a gridlock that was unprecedented in the normally sedate city of Benin.

It was, as they say, a banquet fit for a king, as could be attested to by the relish with which the guests sampled the sumptuous meals and drinks on offer.

The entry of the Presidential bride – now Mrs. Osayomon Akpata – accompanied by her maids of honour and other members of her entourage, added a unique luster to an already radiant occasion.