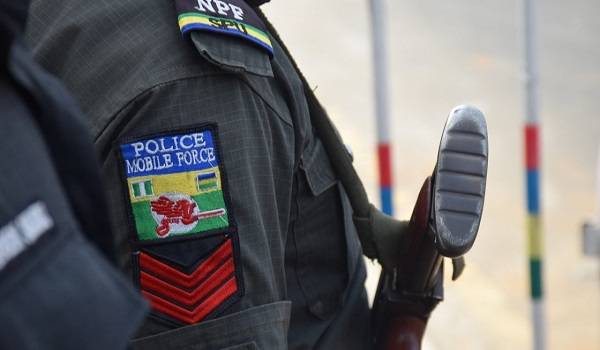 Ten members of a family in Toru-Ndoro and Bulou-Ndoro communities in Ekeremor Local Government Area of Bayelsa State, who were reportedly locked up in an iron cell over a dispute on the ownership of creeks and lands, are demanding justice.

The family, identified as the Otubo family in Ekeremor Local Government Area of the state, in a petition to the state Commissioner of Police, accused the Chairmen of the Toru-Ndoro and Bulou-Ndoro Community Development Committee, Mr. Abunty Etifa-Hitler, and other members of the CDC, of subjecting their family members to inhuman treatment, after allegedly locking them up in an iron cage.

According to the family, the victims were reportedly abducted from their houses, detained and locked up in the iron cage at Toru Ndoro on October 19, exposed to the elements of the weather and denied food and water over a dispute on the ownership of  Ogbotobo creeks and lands which is their maternal home.

Some weeks back, pictures emerged of how members of the Otubo family were locked up in an iron cage at the Toru-Ndoro Community cell for maintaining that the Alei-Toru/Kala-Toru/Krin creeks and environs belonged to their maternal home, Ogbotobo community in Ekeremor Local Government Area of Bayelsa State.“A member of the family, Mrs. Eunice Binaebi, told newsmen in Yenagoa that the Community Executives allegedly led by the CDC Chairman of Toru-Ndoro, Mr Abunty Etifa-Hitler, first ordered them to proceed on exile and having refused were locked up in an iron cage, threatening that any native of the community who gave them food or water would pay a fine of N100,000.

Mrs Binaebi alleged that though the victims had been released from the cage, they were asked not to go anywhere near the creek to fish or farm until they pay a fine of N200,000 or be forced into exile.

When contacted on phone, the CDC Chairman of Toru-Ndoro, Mr. Abunty Etifa-Hitler, described the matter as “a community issue,” saying that the area in dispute was not Ogbotobo creeks but Alei-Toru creeks.

He, however, denied that ten members of the Otubo family were locked up in the iron cage with their rights violated under his supervision, pledging to get back which he never did.

Spokesman of the Bayelsa Police Command, Asinim Butswat, when contacted,  said he was trying to get in touch with the Divisional Police Officer in charge of the area for details.