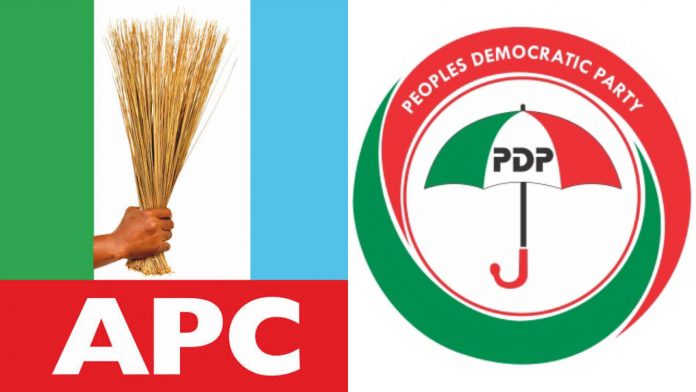 The women leader of the Peoples Democratic Party (PDP) in Zamfara, Madina Shehu, defected to the All Progressives Congress (APC) on Thursday.

Ms Shehu announced her defection in Gusau after a meeting with Governor Bello Matawalle.

“I announce my defection to the APC together with women leaders of the PDP in the 14 local government areas of the state,’’ she said.

Responding, Mr Matawalle described Ms Shehu’s defection as a welcome development for the APC in Zamfara.

“More defectors are coming to APC from PDP; very soon shall receive many PDP members including their leaders,’’ the Zamfara governor stated.

The governor announced a donation of 17 vehicles to the group.

“Two buses are for the leadership of the group, while another bus is donated to the women’s wing of the group. The 14 units of Peugeot 406 Wagon are donated to coordinators of the group in the 14 local government areas of the state,’’ he explained.

The Zamfara governor pledged to continue to support the group, which he considered one of the great achievements recorded due to APC stakeholders’ reconciliation in Zamfara.

According to him, the reconciliation yielded a positive result in that all political stakeholders in the state are now united in one family under the APC.

He called on APC stakeholders, members and all supporters in Zamfara to embrace unity, peace and stability for the party’s victory in 2023.