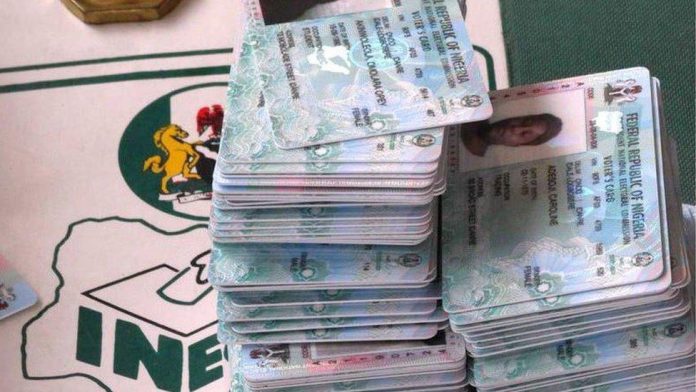 The civil society organisation and anti-corruption network also alleged that “insecurity and executive impunity” by governors may mar the conduct and outcome of the election.

Yiaga Africa stated this in its pre-election observation report released on Friday.

Signed by its Executive Director, Samson Itodo, the group explained that a total of 822 long-term observers deployed to monitor pre-election events in the 774 local government areas of the country made the finding known through its Watching The Vote (WTV) project.

“Though voter inducement was reported in 33 states, it was more prevalent in the following states: Abia, Bauchi, Borno, Delta, Katsina, Kano, Niger, Oyo and Sokoto.

“Specifically, buying of PVCs was reported in Ugwuachara, Echiaba Ward, in Ebonyi LGA by APC supporters. WTV observers reported that APC supporters went around the LGA giving citizens N10, 000 in exchange for the voter identification number on their PCs,” Yiaga said.

Security of election personnel, materials and issues bordering on logistics, especially for the deployment of poll officials, including how materials could reach inaccessible communities, were also observed as major factors that could hinder the 2023 elections.

“More worrisome is the growing attacks on facilities and offices of the Independent National Electoral Commission (INEC) at the state level, with the most recent attacks of destroying offices in Abeokuta South in Ogun, Edeh South LGA in Osun, Izzi LGA in Ebonyi and Oru West LGA in Imo states.

“The supporters went house to house offering the citizens money and food items (Rice) the APC term empowerment. Some people were happy and collected the money while others refused to sell their vote.

“Similarly, the report alleged that Kwara state, Baruten LGA, APC agents were said to have allocated and alerted APC party supporters to assemble and come with their details to access state government grants,” Yiaga added.

It further noted that “The same was noticed in Itakudimo, Ilorin west where PDP agents were seen sharing N500 to residents and passersby to gain support after their meeting.

“Also, in Bunkure LGA of Kano, party supporters were seen buying PVCs from citizens and giving out N5,000 and fertilizer.”

The group noted that the pre-election observation report captured the activities of the key election stakeholders ahead of next year’s election exercise.

The report also highlights pre-election violence in the form of verbal and physical attacks that have been observed and reported by WTV LTOs in some LGAs in the country.

Yiaga noted that despite deliberate efforts to ensure smooth processes, election periods are often not without foundational issues which tend to undermine its credibility.

The group further revealed the current security challenges, economic realities and political neutrality and composition of the electoral body both the national and sub-national levels are contexts that create a more vulnerable system to electoral manipulation and violence which are risk factors for the conduct of credible and acceptable elections.

“Also in Heipang, Barkin Ladi LGA of Plateau State, a campaign billboard of APC presidential candidates was completely vandalized by unknown persons on the night of 24th November 2022,” the group added.

Yiaga Africa also added that it received and confirmed a total of 21 critical incident reports within the last month.

It, however, said the reports of the incidents and early warning signs were received from some LGAs in Anambra, Ebonyi, Enugu, Kano, Kwara, Kano, Niger, Rivers, Ogun and Osun states respectively.