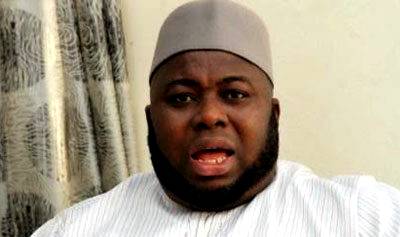 The leader of Niger Delta People’s Volunteer Force, Asari Dokubo has given reasons why he supports the candidature of former governor of Lagos Sate and All Progressive Congress, APC standard bearer, Asiwaju Bola Ahmed Tinubu.

Dokubo said Tinubu has created enduring and sustainable institutions that are germane for national development than any of the contenders in the 2023 presidential elections, adding that no candidate among the contenders can boast of his legacies.

Responding to question on Presidential candidates and their campaign promises on Arise TV recently, the Ijaw Nationalist leader said: “We’ve been hearing rhetorics and this is not the first time we hear people making all sorts of promises and when they come into government, the reality will hit them. They become mischievous, and unable to fulfil the promises they made during campaign.

“We have seen the candidates, we also have to wait and see those who will fulfil their campaign promises.  But if you look at each of the candidates with a view to knowing where he belongs to, you will know that Asiwaju Bola Ahmed Tinubu has always been with the Progressives. From SDP he became a Senator, then he was a member of the AD, from AD to ACN, from there to AC and to APC now.

“Bola Tinubu has always been with the Progressives and has identified with them visibly. He has as his legacies strong institutions which no candidate among the contenders can boast of. He was governor almost the same time with Peter Obi.

He chose his successors -Babatunde Raji Fashola, then Ambode and now Sanwo-Olu.

“The same thing happened in Anambra and Obiano succeded Obi and so on. Now, let us put them on the scale, Anambra and Lagos,  let’s give them a dispassionate look and you find out that you cannot compare Bola Ahmed Tinubu along side the institutions he has put in Lagos with that of Peter Obi in Anambra.

“In fact, a few months after Peter Obi left as governor, there was fiasco and disagreement, Obi had to leave APGA to PDP and even became Vice Presidential candidate of PDP.  Again, he was a Presidential aspirant in the PDP before he joined the Labour Party.

So, if we are to believe anybody, from what we have in the past, it is Ahmed Bola Tinubu. I have always pitched my tent with the Progressives.

“We also have Kwankwaso who was also a governor. The same thing  said about Peter Obi could be said about Kwankwaso. He chose his successor and it was also a fiasco to the extent that he had to leave the APC for PDP.  From PDP, he formed a new party called NNPP.

“That is why Lagos is different from all other states in Nigeria.  So for me, I will believe Bola Tinubu more than any other candidates because he has left institutions that are enduring and produced so many people who are very relevant in the system today.

On Sovereign National Conference, Dokubo said in any pluralistic society that has hiccups like Nigeria, we can only pretend that these religious and ethnic differences do not exist, adding that they have polarised the system and caused irreconcilable divide.

He added that Tinubu remains the only candidate that has identified with the push to restructure Nigeria and he believes in him.

“I was part of of the PRONACO process , I was arrested for my involvement. Bola Tinubu was a pillar in the movement.  We just hope that things will change.  I know Bola Ahmed Tinubu that he was a champion of a Sovereign National Conference, he was also part of NADECO, so I believe that amongst all of them, he is the only one who has identified this push that Nigerian should be restructured to become a better country where everybody will have a new lease of life,” Dokubo said.