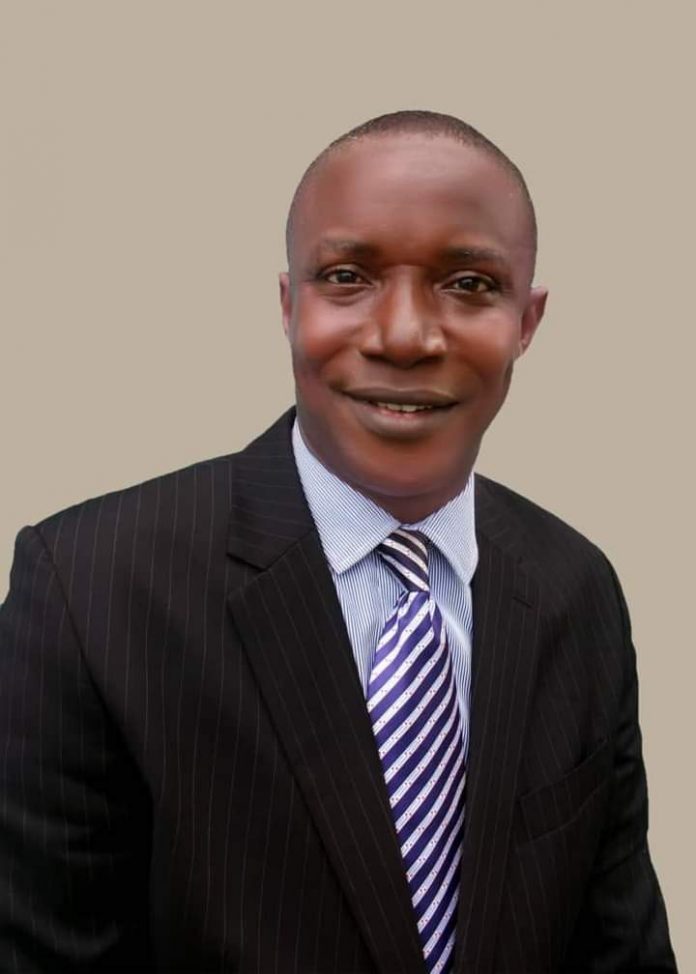 Why other political parties should forget the Lion Building as Barr. Peter Mba is the overall best Governorship candidate in accordance with the principles and practice of Democratic Meritocracy.

This is what I call Democratic Meritocracy and defined same as a system of government whereby seasoned politicians, technocrats and bureaucrats are periodically selected and elected or appointed into sensitive posts in accordance with the principles of popular participation and egalitarianism. It can also be described as a rotational government based on principles of equity and justice which promotes even development and mutual trust amongst the three senatorial zones in Enugu State.

It is this style of governance by the PDP that made it virtually impossible for other political parties to find their feet and thrive in the State.

It is also an open secret that other opposition parties like APC, APGA etc have from their unattractive lame duck stage gone into oblivion or comatose. They have been disarmed completely, castrated politically and rendered useless due to intra party rivalry on one hand and the all-inclusive (people oriented) governance style of the ruling PDP.

Though many mushroom political parties in Enugu State have come and gone forever, the few surviving and upcoming ones like PRP, AA, and LP are nothing but mere paper tigers who hide under photo shops to camouflage and confuse people. They all are projecting candidates who either wanted to be noticed or seen to be relevant especially those who lost out in the PDP primaries. These weakling parties have no structures at the grassroots and therefore resort to crowd renting during mega rallies in major cities in Enugu State as they are only floating in the air.

For instance, there is no growing influence or real threat from Labour Party (LP) in Enugu State with respect to Governorship candidacy despite the  pseudo claims of general acceptance which the social media warriors claim and would like us to believe. In fact the Labour Party is unstable and bedeviled with intra party rivalry and showmanship which made it almost impossible for her to agree on and produce a candidate to stand in as her governorship aspirant for a very long time (up to date). There is a dare devil contest between Captain Everestus Nnaji and Hon. Barr Chijioke Edeoga over who is the rightful LP governorship candidate. None of the LP governorship candidates can boast of winning his ward nonetheless winning his entire local government area of origin if a credible general election is conducted today or in 2023 in Enugu State.

In fact there is nothing like LP in Enugu State in the real sense because her governorship candidates are nothing but a bunch of visionless and opportunistic desperadoes who lost out in the PDP, then gatecrashed into LP hoping and counting on:

1. Sailing through the back of Peter Obi’s reputation using the Obidient Mantra which is just like a camel trying to pass through the eye of a needle.

2. Whipping of public sentiments against the PDP, and trying to convince the gullible ones about how incompetent the PDP has been forgetting that they themselves have been part and parcel of the PDP from 1999 until they lost out in the primaries in May 2022.

Assuming without conceding that PDP is a failure in Enugu State, isn’t someone who has been:

A house of Representative member,

An adviser to the President of the Federal Republic of Nigeria,

A commissioner for 7 years part and parcel of that failure and blame worthy as well? Isn’t this a case of an old wine bottled up in a new wine skin? Won’t the whole thing burst and the worst tear made?

Opposition parties (APC,APGA,AA,PRP,LP…) in Enugu State can also rightly be described as imitation parties because not only that they are all trailing far behind the PDP in popularity rating but also that they have no clear agenda and ideology. They are all experts at parody – they have to without option adopted and imbibed the culture of zoning their Governorship tickets to the East just to see if they will be marketable. In Enugu State, PDP is the role model, the standard bearer who sets the pace and other opposition parties follow blindly and sheepishly too.

Rightly put, PDP is Enugu State and Enugu State is PDP which remains the dominant and ultimately influential political party with unprecedented followership because of the caliber, integrity and quality of the candidates who have been selected and forwarded to the Independent National Electoral Commission for the next general elections. In fact there will be as usual, a tsunami at the polls in favor of the PDP in 2023 in respect of the Governorship, Senatorial, Houses of Assembly at the Federal as well as the State level.

Though the emergence of Barr. Peter Mba as the PDP flag bearer is one of the best things that has ever happened in the party in the recent times, it was not without uncertainties, intrigues and maneuvers.

First of all, the former aspirants and hopefuls with the exception of Senator Ike Ekweremadu (West) are all from the East.

Not less than 19 PDP well qualified and seasoned aspirants to the office of the Governor indicated interest and willingness to occupy the Lion Building come 2023 as shown in Table 1 supra with only Frank Nweke Jr who later decamped to APGA without contesting in PDP. The political atmosphere from the months of January to May 2022 became volatile and pregnant with uncertainties as a lot of factors, seen and unseen forces came into play.

The factors that came into play are as follows:

1.    The issue of macro zoning which has seemingly been widely accepted that it is really the turn of Enugu East Senatorial zone to produce the next governor and this helped greatly in scuttling the ambition of Senator Ike Ekweremadu despite his popularity and overbearing influence. He was forced to unwillingly withdraw without a choice as all forces are united against him both at the Federal and State PDP hierarchy.

2.    The issue of micro zoning. This nearly tore the party apart in the sense that there was a popular believe by a section of the party that the incumbent Governor will superimpose or order that a particular candidate from Isi-Uzo Local Government Area must occupy the Lion Building immediately after him (Rt. Hon. Ifeanyi Ugwuanyi) in 2023.

At this juncture, the Governor in his usual pacifist disposition and political sagacity chose to allow all the aspirants from the East to go and test their luck and popularity with the party delegates who are actually vested with the powers to select who becomes their party flag bearer. This helped greatly in dowsing tension within the party, and also averted mutual suspicion, mistrust, mass exodus or intransigent and belligerent politics of blood and Iron in the party assuming the mistake of imposing a particular candidate on the party was made by the governor.

Most of the aspirants accepted this wise decision by the governor in good faith. They came together to toed the line of peace, dialogue, negotiation and compromise which was organized by political leaders and traditional rulers of Enugu East Senatorial Zone which necessitated their convergence at the Nike lake resort under the chairmanship of Igwe of Nike (the father of Nkanu Land) to sign a Memorandum of understanding to abide by the outcome of the party primaries as the governorship race and to take it in good faith and support whoever emerged from the Zone. Those who signed the undertaken to remain loyal and faithful to the party and the winner of the primaries are the following persons:

This gave rise to further intrigues, maneuvers alignment and realignment which culminated into withdrawals and stepping down for Barr. Peter Mba who then went into consultation, lobby, as well as watering the grassroots and oiling the party machinery; while someone was mostly on social media campaign blowing his trumpets and became a household name among the populace which have nothing to contribute with respect to the outcome of primaries.

The outcome of the primaries was a surprise to many but it wasn’t a surprise to the well informed because it was a time for seed sowing for the aspirants. Some sowed sparingly and stingily by the wayside, on dry and rocky ground and reaped the straw, while one person sowed wisely and generously on fertile ground and expectedly reaped bountifully. Senator Ike Ekweremadu got one vote, Hon. Chijioke Edeoga got 9 votes while Peter Mba accordingly polled 790 votes out of the 812 accredited votes.

The decision of some former PDP gubernatorial aspirants in Enugu State to ditch pre-primary accords to support any eventual winner from their senatorial zone have once again raised the questions of principles in Nigerian politics. According to Mahatma Gandhi there seven deadly social sins in the world which men of honor and integrity must avoid especially the seventh one. They are as follows:

If anyone of those who signed the memorandum of understanding to respect the outcome of the PDP primaries in May 2022 can afterwards act otherwise, it means that such a person is:

Barr Peter Mba is a well-known individual who needs no much introduction as he has distinguished himself both at the state and national levels of public life:

Overwhelming majority of the citizens of Enugu State are quite comfortable with the trend of political events in the State with the emergence of Barr. Peter Mba and Barr. Ifeanyi Ossai as the PDP governorship candidate and deputy respectively which is seen as taking charge by the youths. It is widely said and believed that Youth O’clock has come to stay in Enugu State hence tomorrow belongs to the youth and tomorrow is really here with us (Mba/Ossai). There have been numerous courtesy calls and solidarity visits to the Lion Building thanking His Excellency Rt. Hon. Ifeanyi Ugwuanyi for the peaceful conduct of the primaries by:

This is why no one ought not be deceived that the PDP has not done very well because we are convinced beyond reasonable doubt that the PDP has performed exceedingly well in Enugu Sate since 1999 with respect to massive infrastructural development, human capacity building and economic empowerment at every nook and cranny of the State for such visits by the aforementioned group calling for continuity is a score card of well-done for PDP from the public. The PDP has established a well-built structure and very soon the main electioneering campaign will start properly, usually with Isi Uzo LGA, and the rest will be history in 2023 when the mantle of leadership of Enugu State is handed over to Barr. Peter Mba.