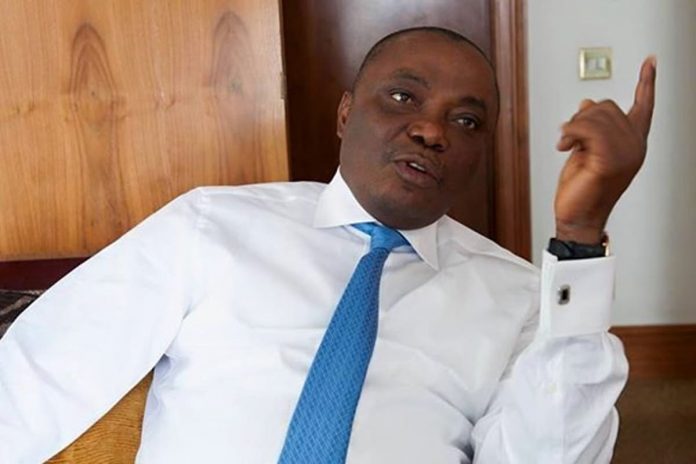 The Supreme Court of Nigeria on Thursday in Abuja granted a reprieve to the jailed Senator Peter Nwaoboshi by reversing the downward hearing date in the appeal challenging his seven years imprisonment for corruption.

Though the hearing date in his appeal against the conviction was slated for November 24, 2024, it was, however, on Thursday brought down to February 9, 2023, by the apex court following an application to that effect.

Nwaoboshi, through his counsel, Kanu Agabi SAN, a former Attorney General of the Federation, AGF, had made a passionate appeal to the Supreme Court to fast-track the hearing of his case against his imprisonment.

Agabi, while arguing the application, informed the panel of justices of the court led by the Chief Justice of Nigeria, CJN, Olukayode Ariwoola that his client is a current Senator of the Federal Republic of Nigeria.

The senior lawyer pleaded for a quick hearing of his client’s appeal challenging the seven years of imprisonment slammed on him on July 1, 2022, by the Court of Appeal in Lagos.

Agabi predicated his fast-track hearing request on the ground that the convicted Senator may be made to complete the jail term before his innocence or otherwise could be decided by the apex court.

Also, Nwaoboshi was said to be a senatorial candidate for Delta North in the February National Assembly election.

He cited cases of some Nigerians whose convictions and jail terms were set aside after they had completed their terms of imprisonment, adding that such cases are worrisome.

However, following the no objection to the request by the Economic and Financial Crimes Commission, EFCC, and other parties, the Chief Justice in a brief ruling, reversed the earlier November 24, 2024, to February 9, 2023, to determine the innocence or guilt of the Senator in the corruption charges against him.

Nwaoboshi was, on July 1 last year, hauled into prison for seven years by the Lagos Division of the Court of Appeal.

The senator, who represents Delta North Senatorial District, was convicted on a two-count charge of fraud and money laundering.

The court also ordered that his two companies, Golden Touch Construction Project Limited and Suiming Electrical Limited, be wound up in line with Section 22 of the Money Laundering Prohibition Act 2021.