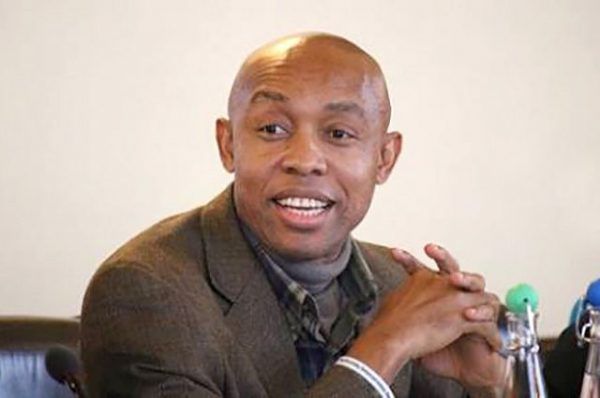 ​When he was appointed Justice of the Supreme Court of Nigeria in 1993, Yekini Olayiwola Adio had already been on the bench for 17 years. A graduate of the London School of Economics and Political Science (LSE), Adio became a lawyer in 1959, subsequently receiving his graduate degree in law in 1964 from the Yale Law School in the United States. In 1975, he became Solicitor-General and Permanent Secretary in the Ministry of Justice in Western State of Nigeria. When theycreated Oyo State of the Western State in 1976, the militaryappointed Adio a judge of the new High Court of Oyo State in the same year. He rose from there through the Court of Appeal before getting to the Supreme Court.

​On Tuesday, 8 July 1997, Yekini Adio took ill during court proceedings at the Supreme Court. He was evacuated to the hospital from the court but sadly died on the same day.

​Justice Adio was the sixth appointee to the Supreme Court Bench in Nigeria to die in service in the 24 years from 1973 to 1997. Those who preceded him in this fate included John Idowu Conrad Taylor (1973); Dan Ibekwe (1978); Chukwunweike Idigbe (1983); Augustine Nnamani (1990); and Buba Ardo (1991). In the 20 years since 2002, the following Justices of the Supreme Court have become permanently incapacitated or died in service: Okay Achike, Ekundayo Ogundare, Chukwudinka Pats-Acholonu, Sylvester Ngwuta, and Samuel Oseji.

​In all, there have been 111 appointments and preferments to the Supreme Court since Stafford Foster Sutton took office in 1956 as the Chief Justice of the Federation, including 13 who were non-Nigerians and 17 Chief Justices of Nigeria (CJN). Taslim Elias was an exception, becoming CJN in 1972 without previously having served as Justice on of the Supreme Court.

Altogether, there have been 81 Nigerians appointed Justices of the Supreme Court since Olumuyiwa Jibowu. Of this number,at least 12 (14.81%) have died in office. In a country with average male life expectancy of about 55 years, some may see nothing serious in the average life expectancy of Nigeria’s Supreme Court Justices which is comfortably north of this benchmark. However, it is also the case that with a fewexceptions, most people get to become Justices of the Supreme Court after the age of 55. In any other field, serious questions would surely be asked of any employer or industry which reports a 14.81% cumulative rate of death or permanent incapacity among its senior-most staff as happens in Nigeria’s Supreme Court.

​Far from the BOSAN’s suggestion that senior lawyers have not been given a chance to serve in the court, fact is few – if any – self-respecting senior lawyer who has met with relative success in practice wishes to suffer the life-endangering conditions under which Justices of Nigeria’s Supreme Court must conduct judicial deliberations. Former Attorney-General of Osun State, Gboyega Awomolo, a Senior Advocate of Nigeria (SAN), recalls: “I remember when I was invited to join the bench, they were earning just N4,000 per month then. I said no. It is not a place for me where I will be suffering in silence and I would die in silence. It is not for me.”

Ahaji AGF Abdulrazak, SAN, the first lawyer from the old Northern Region, whose appointment as a judge was gazetted by the military under General Yakubu Gowon, persuaded then military governor of Kwara State, David Bamigboye, to issue another gazette reversing the appointment. Indeed, in 47 years of the existence of the preferment, only two SANs have accepted appointments to the judiciary: Augustine Nnamani who was appointed to the Supreme Court in 1979, and Safiya Umar Badamasi appointed judge of the High Court of Katsina State 41 years later in 2020.

One thing is clear: the Supreme Court’s appointments andreplacement crisis is a symptom of the problems that afflict the court; it is not the cause. For instance, of the departures from the court since 2019, at least four have been premature. Of the four, two Justices died while two Chief Justices were forced into early retirement. Three of these four would still have been in service, a situation that would  have prevented any lamentations about a replacement crisis in the court.

Similar lamentations about the remuneration of Nigerian judges have been well made by different people and it is hardly necessary to repeat them here. It is noteworthy, however, that contrary to the BOSAN’s suggestion that the Supreme Court Bench is responsible for its replacement crisis, judges do not by themselves fix their remuneration. That is the statutory responsibility of the Revenue Allocation, Mobilisation, and Fiscal Commission (RAMFC). The last time they adjusted judicial remuneration was 2007. It is understandably difficult to seek significant adjustment in judicial remuneration when working Nigerians in every sector are dying of immiseration. But serving judges who find themselves at the mercy of hunger, penury, or premature death cannot be the most dependable guarantors of judicial independence.

Some major issues cry out for attention here. The first is reform of the management of the court’s dockets and working methods. In an article published nearly 18 years ago, the present writer and Sam Amadi warned that the country was “killing the Supreme Court” and that the court was also complicit in turning itself into a dumping ground for mostly irrelevant appeals. Too many of the appeals that preoccupy the court dwell on issues already settled in Nigerian law. A majority also are interlocutory, filed for purposes entirely unconnected with the due administration of justice in order either to deliberately manufacture delay or to aid ambitious lawyers in their pursuit of the rank of SAN. It should not be too difficult to reform the criteria for Silk to emphasise ethical, value-for-money lawyering instead of quantitative criteria such as how many Supreme Court briefs a lawyer has settled but the system does not appear prepared to contemplate this.

As Dr. Amadi and this author wrote in 2004, through an “inexplicable combination of practice, jurisprudence, and inertia, the Court has effectively divested itself of the strategically significant jurisdiction to determine the volumes and jurisprudential significance of casework it receives for consideration.” The result is that the Supreme Court of Nigeria has become the place where appeals in cases not involving politicians or elections go to die and the Justices have become endangered by their commitment to not filtering the appeals that they hear. As long as the dockets of the Supreme Court remain unmanageable, with the court increasingly becoming a forum for the settlement almost exclusively of party political disputes among the most powerful and well-to-do in the country, it may be impossible to recruit people to its bench whose desire is to ensure a more effective administration of accessible justice.