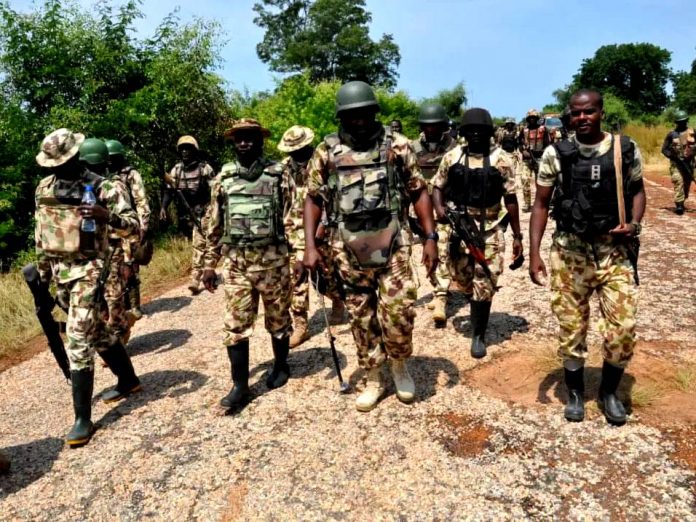 Security Forces in Imo state through a coordinated intelligence report have burst the camp of the unknown gunmen at Akokwa, Arondizuogu after a long gun duel which resulted in the death of some of the criminals and others arrested.

These criminal elements are known to be behind several attacks in the state such as the killing of policemen in Mbaise, Aba Branch in Ehime Mbano, burning down of police stations, attack and attempted kidnapping of former Governor Ikedi Ohakim, abduction of Miss. P.P. Johnson, a female soldier in Okigwe and recently the attack in Akokwa that left many dead.

It is obvious that these daredevil gunmen have been perpetuating their evil plans unabated until yesterday when their camp was burst by security agencies.

“This is another assurance that our security operatives are leaving no stone unturned in the fight against banditry and other related activities.

“While it has become obvious that the activities of these nonstate actors are politically motivated, aimed at destabilizing Orlu zone and some parts of the state as well as frustrating the efforts of the state government in security management, the administration of Gov. Hope Uzodimma is committed through security agencies in the state to wipe them out and restore peace to the areas affected.”

“This recent triumph by our security agencies is one out of many operations going on in some of these localities, especially in some of their hideouts and with the concerted efforts of the state government and locals, these criminals will continue to meet their waterloo as insecurity will be a thing of the past.

“Gov. Hope Uzodimma in his quest to bring a lasting solution to this menace in the state and in the entire South East has requested from the President, an advanced technology in the fight against insecurity which has been graciously approved by President Muhammadu Buhari and will help to fight terrorism and banditry to an end.

“Ndi Imo should brace up with the hope that the end is near, the threats to our peace and livelihood will soon become a thing of the past, and ensure reports and intelligence are promptly communicated to our security agencies as it will go a long way in the fight against these faceless criminals and support the efforts of the state government in ensuring that we have a peaceful and secured Imo state that we can be proud of any time.”