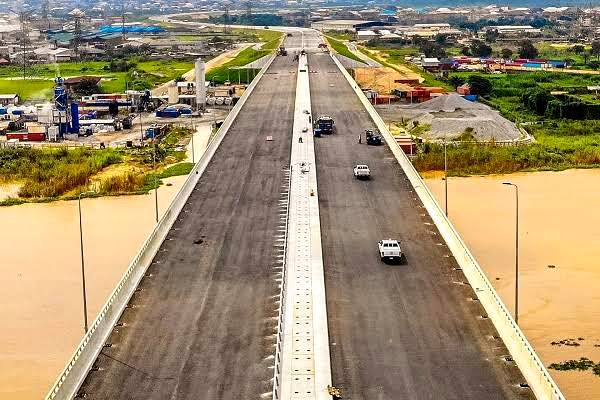 The Federal Road Safety Corps (FRSC) says the temporary opening of the Second Niger Bridge to the motoring public has reduced burden on the old bridge by more than 40 per cent.

Mr Adeoye Irelewuyi, Sector Commander of FRSC in Anambra said this in Awka on Saturday.

Irelewuyi said the decision of the Federal Government to temporarily open the new bridge to traffic was a welcome and timely gesture as it had greatly eased pressure on the old bridge.

He noted that the Niger Bridge at Onitsha had been critical to vehicular traffic, especially during the Christmas and New Year festivities since Anambra is the gateway state to the Southeast and the South-South geopolitical zones.

According to him, when small vehicles are diverted from the old bridge, about 40 per cent of traffic on it would have been diverted, thereby reducing the gridlock.

“The bridge is just 1.1km which should take a motorist moving at 50km per hour to cross it within two to three minutes.

“Before now, motorists spent between 12 hours and 18 hours on that bridge; the maximum time spent on the bridge now is 30 minutes.

“One of the strategies is that vehicles are now compelled to move in one lane in opposite directions, it could be slow but it is steady,’’ he said.

Travellers to the Southeast through the Niger Bridge used to spend between 12 hours and 18 hours to cross from Asaba to Onitsha and vice-versa because of gridlocks.

These were caused by the volume of traffic, checkpoints at both ends of the bridge and activities of touts.

Federal Ministry of Works, Anambra and Delta and security agencies have formed a committee which worked towards decongesting traffic around the Niger Bridge.

Irelewuyi said the committee ensured that all factors which inhibited the free flow of traffic were removed as much as possible.

“Loading of passengers around the bridge is no longer possible; we have three big tow trucks permanently stationed around the bridge to facilitate quick removal of broken down vehicles and clear the road,’’ he said.

Irelewuyi assured of FRSC’s commitment to ensuring that travellers encountered less stress on their journeys in and out of Anambra.