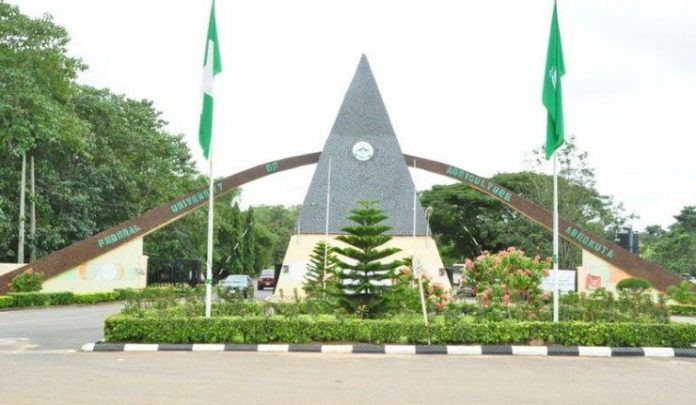 Ogun State Police Command has denied the allegation that its men shot a 25-year-old student of the Federal University of Agriculture, Abeokuta, Bakare Samuel, saying, the shooters were unknown gunmen.

The police said the victim was a 200-level student of Animal Production and Health Department of the University.

The Police Public Relations Officer in the state, SP Abimbola Oyeyemi, said this in a statement on Wednesday.

Our correspondent gathered that Samuel was reportedly shot last week Tuesday by riders on a fast moving motorcycle at Isolu-Cele Area in the Odeda Local Government Area of the state.

The National Association of Nigerian Students, however, alleged that its member was shot by unknown policemen.

Reacting, Oyeyemi said contrary to the allegation of a cover up of the incident by the Police, the student body had failed to know the whereabout and progress of its member.

The PPRO said, “The attention of the Nigeria Police, Ogun State Command, has been drawn to a press release by NANS/JCC Ogun Axis issued jointly by the Chairman, Deputy Senate President and the Public Relations Officer respectively.

“The Command would not have joined issues with the authors over the said publication and its content but for the purpose of clarity and setting the records straight.

“On the 27th Sept. 2022 at about 12:50 midnight, a distress call was received that a young man was shot by riders on a fast moving motorcycle at Isolu-Cele Area.

“A patrol team was promptly dispersed to the scene where a young man later identified as Bakare Samuel, 25 years, 200 Level Student of Animal Production and Health Department, Federal University of Agriculture, Abeokuta was found on the ground with gun shot wounds.

“The Police Patrol Team evacuated him to the Federal Medical Centre, Idi-Aba, Abeokuta where he received immediate medical attention, and still recuperating from the gun shot injuries.

“The prompt response by the Police team saved the undergraduate student from untimely death.

“Findings from the hospital indicated that pellets associated with fabricated guns (locally made guns) were extracted from the body of the victim in the course of treatment. Those could not have come from Police Assault rifles or pistols.

“The assertion in this press release that two persons were shot severally could not be substantiated as the imaginary second person has not been produced and indeed not receiving treatment anywhere known to the Police.

“The Police have visited the recuperating victim, Bakare Samuel, several times at the hospital to monitor his progress and he has always expressed his gratitude to the Police for saving his life.

“Contrary to the allegation of a cover up of the incident by the Police, it must be stated that it is the student body that has not made concerted efforts at ensuring the well-being of one of its members by following up on the whereabout and progress of the victim.

“This would have afforded them a more informed assessment of the incident.

“The Nigeria Police Ogun State Command remains committed to ensuring the safety of lives and property of all citizens of the state and no amount of blackmail and unsubstantiated innuendos will distract us from discharging the constitutional duties.

“The state command is receptive to constructive criticisms from members of the public where these criticisms are well intended.”