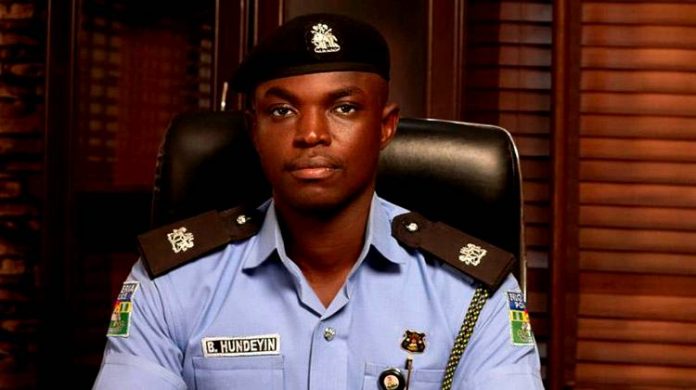 One person was shot dead and scores of others injured in a clash that erupted between members of the Road Transport Employers  Association of Nigeria, RTEAN, and those of Alaba International market task force in  Lagos.

It was gathered that the new leadership in the market directed  RTEAN members to leave its terrain owing to complaints of extortion by drivers conveying customers’ goods.

They were alleged to be collecting as much as N4,000 from each driver, daily.  They were also accused of collecting between N100 and N400 from customers who bought electronics. The charges, as gathered, vary according to the size of the electronics.

The market’s leadership further argued that RTEAN members had no business collecting tolls from drivers since its activities had been suspended by the Lagos State government.

Consequently, a memo was reportedly issued by the market’s leadership, informing traders that the activities of RTEAN members had been suspended, with effect from Tuesday, October 18, 2022.

In line with the directive, the market’s task force members chased some of the toll collectors on Monday.

However, the former mobilised and stormed the market wielding dangerous weapons, yesterday, attacking members of the task force, who were stationed at the toll collection point. Some traders who ran into the feud were injured.

The fight, as gathered, lingered for two hours, with sounds of sporadic gunshots vibrating in the war zone.

The clash paralysed commercial activities for the day as traders, who were just opening for the day’s business hurriedly closed and left for their respective homes to avoid being hit by bullets.

Hoodlums hijacked the opportunity as they dispossessed traders and customers of cash,  telephones and other valuables.

Some traders who spoke with Vanguard, however, gave different accounts of why the transport union was bent on extorting customers and cab drivers.

One of them, who simply gave his name as Chioye, said: “These agberos have been operating here for years. They extort money from customers, who come to buy goods here. If customers refused to give them, they would not be allowed to leave with the goods.

“As if that was not enough, they just increased the money they usually collect from drivers conveying customers’ goods. Every day, they collect N4,000 from each driver. To make up for the payment, these drivers charged customers more and the increment has started affecting sales, as some of our customers have stopped patronising us.

“Also they collect between N100 and N300 from customers who bought a television. The price they charge depends on the size of the television. If a customer’s item is bigger than his bag, he must pay.

“So, when the Lagos State government stopped activities of RTEAN after a recent clash between its members and NURTW, the market’s leadership saw it as an opportunity to stop the extortion.

“The RTEAN has been informed to stop operating in the market since, but its members kept coming to extort until we put our feet down on Monday.”

Another trader, who identified himself as Ogbonna Chijioke blamed the crisis on politics in the market.

Chijioke said: “The agberos were giving part of what they collected to former executive members. But when the new executive came on board, the chairman refused to collect part of the toll from the agberos, insisting that they must leave the market area. But previous members of exco, who were still benefiting from them, urged them to continue.”

Another aggrieved trader in the furniture section lamented that “these agberos have caused inflation. For instance, if a truck is bringing in our goods, they would collect money from the driver before he would get to his destination. Before offloading the goods, the driver would also pay.

“The cost of way billing goods to customers has also increased because of agberos. For instance, if you are conveying goods from Alaba to Ikeja, the driver would charge you N25,000 instead of N10,000 or N15,000 and when you ask, they would tell you they need to settle agberos.

“Sometimes customers get angry and leave the market because of the harassment by agberos and this act is affecting business. The new chairman sent a memo out yesterday (Tuesday) that the market would not tolerate agberos again.”

How one trader was killed

Narrating how one of the traders was killed, his collegaue, Omezioke said: “The man that died was in the electronics section. He was among those that chased the agberos away the first time. By the time they reinforced, the agberos came with guns. They shot some traders. We used wheel barrows to rush the injured to the hospital. Unfortunately, one of them died.”

As of 5.30 pm, the market had been deserted. A heavy presence of personnel of the OP MESSA and policemen were seen patrolling the area.

Spokesman for the Lagos State Police Command, SP Benjamin Hudenyin, said no arrest was made.