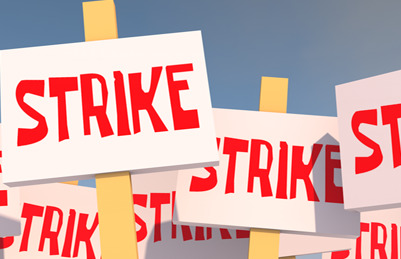 All the university unions in the country are presently on strike.

The unions embarked on industrial actions while demanding improved welfare packages, better working conditions and implementation of various labour agreements signed with the Federal Government between 2009 and 2020.

The national leaders of ASUU and JAC of SSANU and NASU, Prof Emmanuel Osodeke and Mr Mohammed Ibrahim, respectively told our correspondent that the Federal Government and all stakeholders in the education sector and religious leaders had a meeting with the four unions but no strong agreements were reached.

The Minister of Labour and Employment, Senator Chris Ngige, was quoted in a report at the weekend as saying, “We had a cordial and fruitful discussion; we looked at the issues dispassionately and reached some agreements, to the satisfaction of everybody in attendance.”

But Osodeke said Ngige’s claim after the meeting that the unions would call off the ongoing strike this week was a political statement.

He said, “We are not aware that we are calling off the strike. We met but there was nothing concrete between us and the government. Like we said before, we do not want promises, we want actions, if they show action and implement all the issues, we will go to our members, but knowing their antecedents, we know they will not do anything.

“They promised us since December 2020 and it is going to a year and a half, they have not done anything. We are waiting for them.

“As far as we are concerned, only when they sign our agreements, accept UTAS, release EAA and revitalisation funds will we call the strikes off.”

Ibrahim added that the major progress he could point at during the meeting was the ordering of the National Information Technology Development Agency, by the presidency who was represented by the Chief of Staff to the President and Chairman of the meeting, Prof. Ibrahim Gambari, to subject the three payment solutions; Integrated Payroll and Personnel information system , University Transparency and Accountability Solution and University Peculiar Payroll Payment System, to integrity test and submit in three weeks.

“We are not talking about calling off strike now,” he said.

Meanwhile, the National Youth Service Corps, Joint Admissions and Matriculations Board, and universities will meet later to harmonise timetable and rollout calendar for the mobilisation of graduates for the mandatory National Youth Service and 2022 admissions following the disruption in the academic calendar as a result of the ongoing industrial actions, The PUNCH has learnt.

The Secretary-General of the Committee of Vice-Chancellors of Nigerian Universities, Prof Yakubu Ochefu, disclosed this in an interview with The PUNCH.

He said the heads of JAMB, NYSC and universities would meet to ensure synchronisation of timetables once the strike is called off.

Ochefu said, “If we recall, in 2020, when we had a similar situation, all the parties adjusted their rollout calendars.

“NYSC, JAMB, and the Universities will work together to synchronise their timetables.

“Their leaders will surely meet to review the timelines immediately after the strike is called off.”

Also, the Michael Imoudu National Institute for Labour Studies, Ilorin, Kwara State, has said that it has started mediating in the dispute between ASUU and the Federal Government.

The Director-General of MINILS, Issa Aremu, revealed this in Ilorin while responding to questions on the strike.

Aremu, who described the shutting down of universities as worrisome, said, “We are meeting with stakeholders in the education sector, including ASUU, government, students, and parents to ensure that schools are opened. Nigeria cannot meet the development agenda if it continues with the incessant strike by workers.”

He advised workers to always exhaust social dialogue to resolve issues, warning that they should not use strike as a weapon to fight for their rights.

Also, the National Universities Commission has blamed the delay in the take off of projects on the delay in disbursement of funds by the Central Bank of Nigeria, the industrial actions by university-based unions and the revised budget system in 2022.

The NUC Coordinator, Special Projects, Dr. Joshua Atah, disclosed this while giving an update on the work plan of the Federal Government’s Sustainable Procurement Environmental and Social Standards Enhancement project.

Attah, in the NUC’s bulletin on Sunday in Abuja, was quoted as saying that the commission is engaging with stakeholders to ensure smooth running of the project.