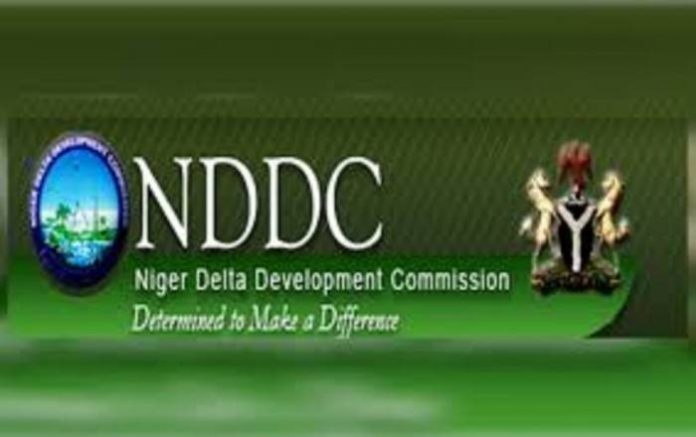 Speaking during a working visit to Rivers State, yesterday, Umana also directed acting Managing Directors of the NDDC, Emmanuel Audu-Ohwavborua, to mobilise SETRACO, contractor handling the Rivers-Bayelsa session of the East West Road to intervene on the portions collapsed by devastating floods.

Addressing the NDDC staff, the minister said: “The perception is that NDDC has failed. There is also the perception about widespread, endemic corruption in the commission. True or false, I don’t think it is a good story that you go somewhere and you are introduced as a staff of NDDC and the first thing the person must be thinking about you is that this must be one of the corrupt ones.

“Even for your children, it is not a good story. It is in your hands to change that perception. There is a total failure. It is that failure that makes it possible for one man to sit alone in this commission and issue awards letters without due process, of N200 billion, N300 billion, under the guise of emergency.

“This is clear cut impunity we cannot tolerate. Already we are talking of indebtedness of over N3 trillion and one man will still sit alone and issue letters of another N300 billion without following due processes? And this was during pendency of the forensic audit.

“The Acting MD is directed to give me full report, which should go to the President. This was without my knowledge, so I want a report; I want all of those contracts terminated immediately. No budget at the time those contracts were awarded.

Why NDDC has failed

“I just knew the conditions for the forensic audit were not conducive for that probe to be carried out, because if the perpetrators were the ones to support execution of the audit, then it wasn’t going to make any sense. Anybody who stands in the way to undermine the directive of Mr President will be appropriately sanctioned.

“Some contractors would be blacklisted, including the directors, from report of the forensic audit. We will take note of that because people are still awarding and signing contracts from their homes even she they have left the commission. This is anarchy, impunity.”