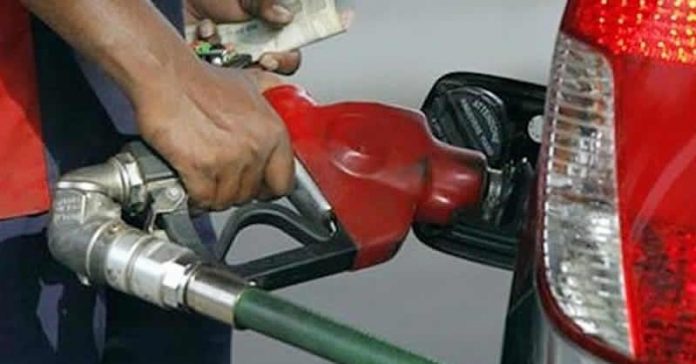 The N3.92tn spent as subsidy on Premium Motor Spirit, popularly called petrol, from January 2020 to June 2022 is higher than the cumulative individual federal budgets for health, education and defence during the 30-month period.

Findings show that over the last 30 months, Nigeria has spent more on fuel subsidy than on either the health, defence or education ministries.

An analysis of petrol subsidy expenditure and ministerial budgets from January 2020 to the first half of 2022 indicated that while the Federal Government spent N3.92tn to subsidise PMS during the period, its budgets for education, health and defence during the same period were N2.28tn, N1.68tn and N3.06tn respectively.

This shows that the government spent more funds on petrol subsidy in the 30-month duration than what the health, education or defence sectors got in the same review period.

Further analysis showed that in 2020, the combined budgets of health, education and defence was N1.922tn, while fuel subsidy alone gulped N450bn.

Fuel subsidy spending, however, jumped in 2021 to N1.43tn, whereas the combined budgets for health, education and defence in that year were estimated at N2.288tn.

In the first six months of this year, the government spent N2.04tn on fuel subsidy, while the cumulative budgets for health, education and defence stood at N2.81tn.

Economists as well as oil and gas experts told our correspondent that the Nigerian fuel subsidy impact was not just taking a huge toll on education, health and defence, but wondered whose interest it was really serving.

They were not comfortable with the persistent rise in Nigeria’s fuel subsidy amidst the country’s high indebtedness and other economic challenges.

They explained that the fuel subsidy cost over the last 2.5 years represented a lost opportunity to invest in key capital resources to raise the literacy, standard of living and security of the average Nigerian.

Analysts believe that many Nigerians are shouldering the cost of education, health and security through sundry private arrangements, while fuel subsidy offers zero succour.

They explained that a better incentivised workforce in the health, education and defence ministries was possible by realising savings from subsidy removal or reduction.

It was exclusively reported recently that the Nigerian Economic Summit Group had raised concern of impending fiscal crisis in Nigeria following the continued rise in fuel subsidy.

It disclosed this in its September 2022 report titled, “The State of Nigeria’s Economy,” stressing that the Federal Government’s huge fuel subsidy spending had been a drain on the country’s revenue despite the rise in crude oil prices in 2022.

The NESG said the government should cut its fiscal deficit to avert an impending fiscal crisis, highlighting the gradual withdrawal of fuel subsidy as one of the measures to achieve this.

“Embark on the gradual phasing out of the fuel subsidy programme,” the economic think-tank told the Federal Government, stressing that sustaining the programme was “disastrous.”

It added, “Aside from taking a clear position on the fuel subsidy issue, the Federal Government must begin the shutting down phase of subsidy programmes to save the country from impending fiscal crisis.

“Understandably, this suggestion will affect the welfare of the citizens, but it is only in the short term. On the other hand, the more extended effects of sustaining this programme are disastrous.”

On his part, the Chief Executive Officer, Centre for the Promotion of Private Enterprises, Dr. Muda Yusuf, stated that the government should accelerate the implementation of the Petroleum Industry Act, 2021.

The PIA calls for the halt of petrol subsidy, but the government has not implemented that aspect of the Act after passing it into law since August last year.

“The oil and gas sector reform, which is now being anchored on the Petroleum Industry Act, should be accelerated in order to ensure the unlocking of the enormous value in the oil and gas sector, particularly the gas sector,” Yusuf stated in his remarks on the Nigerian economy after 62 years.