Mrs. Buhari Will Vote for GEJ 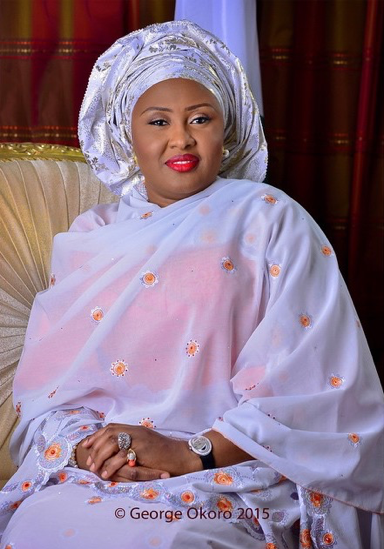 As a father of five daughters, whenever I think of Muhammadu Buhari, what comes to my mind is a regime that was completely insensitive to the feminine gender.

First of all, Muhammadu Buhari had an all male cabinet at the very time when the world had very good examples of the sterling nature of females in power including the Iron Lady herself, Mrs. Margaret Thatcher of The United Kingdom and the phenomenal Indira Gandhi of India.

Does it mean that neither of these women could inspire Buhari to have included even one woman in his cabinet?

All his ministers and advisers, his Military Governors and the ambassadors he appointed were men!

And to rub salt to injury, Buhari is promising to close down the office of the First Lady if he is elected! In the year 2015! Are we moving forward or backward?

President Jonathan has been campaigning and everybody sees his wife by his side. If I may ask, where was Mrs. Buhari until recently presented for political purposes?

Is she wrapped up in seclusion somewhere? Does her complete isolation from the public personae and campaigns of her husband not indicate that he still does not think that women have a role to play in government even if if is ceremonial?

And nobody should tell me that it is unislamic to honour your wife with a visible place by your side.

Is Buhari more Muslim than the people of Indonesia who elected a woman to head their government in the person of Megawati Sukarnoputri?

Is Buhari more Muslim than the people of Pakistan who elected a woman to lead them in the person of the late Benazir Bhutto?

I deliberately cited Indonesia and Pakistan because they are the largest and second largest Muslim nations in the world with deep Islamic traditions that date back to centuries.

If these nations can entrust women with political power at the highest levels, why should Buhari tend to put women in the background?

I dare say that it has not escaped the attention of Mrs. Buhari that President Goodluck Jonathan has appointed more women into his cabinet and into other high positions than any other government before his.

Again, I suspect that Mrs. Buhari is not unaware of the respect and recognition which the President accords his wife, Dame Patience Jonathan.

Seeing how a secure man treats his wife and seeing how she has been relegated not just to the background, but to obscurity, I have a strong feeling that Mrs. Buhari will not vote for her husband. Methinks President Jonathan would score an unexpected vote from the Buhari household.

I mean, take a look at the campaign rallies of the All Progressive Congress. How many women do we see in prominent positions? Not many or not at all.

Look at the report we are reading from Taraba. On Christmas Day, we were awaken with the headline ‘Taraba: Buhari rejects female APC guber candidate’.

From the story, we understand that General Buhari was not comfortable with the candidacy of Senator Aisha Jumai Alhassan who made history as the first woman to win a gubernatorial ticket on a major party and with a landslide at that.

After Senator Aisha Jumai Alhassan performed this feat, instead of being congratulated, she met with rejection from Buhari. It only goes to show how deep seated his prejudices against women is.

If there were ever any doubts as to the role Buhari expects from women that story wipes it away.

If the women of Nigeria want to undo whatever gains they have made in the last four years where they have had 12 women appointed as ministers, in which they finally had entry into the Nigerian Defense Academy courtesy of an Executive Order issued by President Jonathan   and the first female Chief Justice of Nigeria appointed under President Jonathan, they may go ahead and vote for Buhari.

But before they do so, they better ask their husbands to buy air conditioners for their kitchens because they may be spending the next four years there.