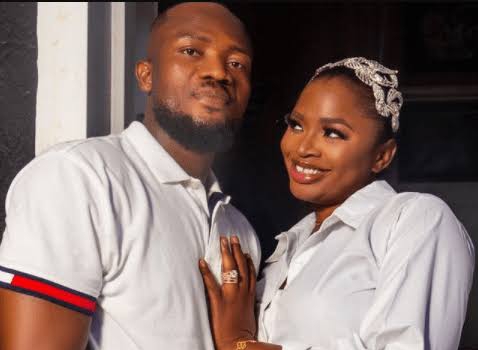 The Lagos State Police Command has debunked rumours making the rounds that a popular businessman identified as Ikechukwu Ogbonna, who allegedly set his wife, Abimbola, on fire leading to her death is on the run.

The incident arising from a case of extreme domestic violence, reportedly occurred on Saturday, October 15, at the couple’s residence in the Lekki area of the state where Ogbonna, a car dealer also known as IVD, was said to have set his wife on fire folowing a quarell.

The victim reportedly died in a hospital where she was rushed to after the inferno.

However, there were rumours that the suspect had escaped after he had taken to his Instagram page to react to the death of his wife by posting a series of videos, alleging that the deceased had been violent to him and destroyed his property.

A statement from the deceased family on Monday had hinted that the suspect was on the run prompting the rumours that rented the air.

“As you may be aware, on Saturday, October 15, 2022, Abimbola Martins passed away after suffering fatal burns in a fire incident at her Lagos home.

“It has been a heartbreaking period for her parents, siblings and particularly her children. It is a tragedy that nobody should go through, especially in the painful manner her life was cut short and at the hands of a husband she dedicated her life to.

“Several times during the course of their marriage, we intervened in a bid to rescue her from a terrible situation that ultimately has now taken her life.

“Abimbola was a loving individual and a committed wife and mother, who put the desire that her children were raised by two parents before her own peace of mind, happiness and well-being.

“The perpetrator of this dastardly act, her husband of 16 years, Ikenna Darryl Ogbonna, an auto dealer widely known as IVD, is currently on the run, hoping to evade justice. We know that it won’t be forever.

“As the family tries to come to terms with this terrible loss, we want to appeal to members of the public to join us in demanding that justice is done.”

But in a tweet on Tuesday by the Lagos police spokesman, SP Benjamin Hundeyin, the Command confirmed the arrest of a 37-year-old Ogbonna, and his transfer to the State Criminal Investigation Department, Yaba.

“He was arrested on Saturday, he’s with us. He has been transferred to the State Criminal Investigation Department, Yaba,” Hundeyin said.

The police spokesman added that investigations are ongoing and Ogbonna will be charged to court as soon as the police are done with their findings.