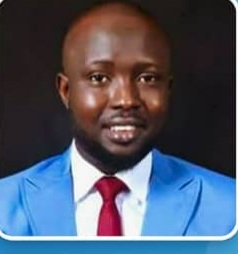 Lagos State may not always justify its sobriquet as Nigeria’s “centre of excellence.” The recent state-aided clampdown on protesters for simply gathering to exercise their right to freedom of speech is a case in point.

Following this commendable track record, the Lagos State House of Assembly has recently passed a bill to further amend its Administration of Criminal Justice Law. Responsively, one of the amendments introduced is Section 9(a) which provides that “As from the commencement of this law, the police shall refrain from parading any suspect before the media.” Just last week, this writer expressed the view that the police parade of suspect is unlawful, after one Chidinma Ojukwu was ‘fed’ to the media on the allegation of murder.  The responsiveness of the LSHA to the fundamental rights concern of suspects is praiseworthy and it is the stuff that a progressive legislature should be made of.

While the assent of the State Governor is being awaited for the take off of this law, it is apt to state that a law is only as good as its degree of enforceability.

Since the news of the bill filtered in, lawyers have debated the issues of its legality and implementation. One of the most pressing legality arguments put forward is the lack of vires of the State House of Assembly to make laws on matters pertaining to the police, since police is an item on the Exclusive list, for which only the National Assembly could constitutionally legislate. I do not, with respect, accept this argument.

The provision of Section 9(a) of the proposed Administration of Criminal Justice Law of Lagos State is strictly not a law on ‘police matter.’ It is simply stating what will no longer be permissible of the police in criminal justice procedure in Lagos State. Incidentally, one of the lacunas in the Constitution of the Federal Republic of Nigeria, 1999 is that the power to legislate on criminal offences and procedure is neither in the exclusive nor concurrent legislative list. One is therefore constrained to look into the constitution to examine where the legislature derives its powers to make law on criminal offences and by extension, criminal procedure.

Section 4 (9) of the Constitution offers a glimmer when it forbids both the National Assembly and the House of Assembly from making any criminal law which shall have retrospective effect.

This provision therefore suggests that both the National and State House of Assembly enjoy the concurrent power to make law on criminal offences and procedure. It is the recognition of this power that has put the bigger chunk of the national criminal justice system in the hands of the states due to the enumerative nature of the powers of the federal government. It is the reason all the states have their respective criminal laws and criminal procedure laws and the police has always had enormous responsibilities under these state laws.

In fact, the proposed Section 9 (a) to the ACJL which now prohibits parade of suspect is simply an addition to the numerous responsibilities the police already has under the Lagos law. This provision is in the same class as the familiar and existing sections of the ACJL that provide for how an arrest should be made by the police, how the police should conduct searches and how a confessional statement should be recorded by the police. A fortiori, the provisions of the proposed Section 9 (a) to the ACJL are within the legislative competence of the LSHA.

The implementation of this law raises a bigger concern. Generally, the police are the recognized enforcer of the law. In this instance, what happens where the police fall short of this provision by parading a suspect? Nothing! Knowing that state actors are about the biggest breakers of law and order in Nigeria, there is no doubt that this well intended law will be more observed in disobedience if the legislature does not add a sanction to it.

It is common knowledge that confession is the best result of the Nigerian police investigatory exercise and it is the most potent prosecutorial power of the state.

It is therefore my view that the Lagos State legislature making inadmissible a confession obtained from a suspect before, during or after a media parade as a consequence of the contravention of this new provision shall add the necessary sting to the law and it will also go a long way in stemming the unwarranted and unlawful practice of parading suspects before the media.

The expectation that other state assemblies and even the National Assembly shall take a cue from the yeoman efforts of the Lagos State House of Assembly is valid and this again, is to the credit of the honourable members of the Lagos State House of Assembly who passed the bill and the State Governor if and when he assents to the bill. Notwithstanding, the failure of the Lagos State Governor to assent to this amendment, or of other states to introduce similar reforms in the criminal procedure laws does not detract from the fundamental prescription that any media parade of suspects is unconstitutional.