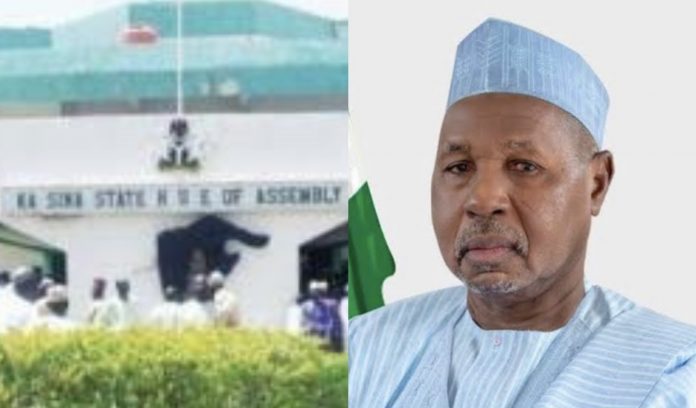 The Katsina State House of Assembly has rejected five nominees forwarded by Governor Aminu Masari for screening and confirmation as members of the state’s Independent Electoral Commission (SIEC).

The Majority leader of the assembly, Abubakar Suleiman-Abukur, confirmed this in an interview on Wednesday in Katsina.

Mr Suleiman-Abukur said the decision was taken following a series of deliberations during the assembly’s plenary on Tuesday.

He explained that the nominees were presented for screening and confirmation for a second tenure as members in the state’s electoral body.

“The decision is sequel to the unanimous dissatisfaction of the lawmakers with the performance of the nominees in their first tenure.

“Adide the dissatisfaction with the performance of the nominees, the assembly considered their old age as a factor not to confirm them.

“The assembly has directed the Clerk of the house to communicate with the executive arm of the government to submit other names for screening,” he said.

He said those rejected are; Kasimu Sada-Kukasheka from Kankara Local Government Area (LGA), Ahmed Abdullahi from ‘Dandume and Idris Suleiman-Muhammad from Mai’adua LGA.

Others are; Rabi’u Yakubu from Ingawa LGA and Ibrahim Yusuf from Kurfi LGA.