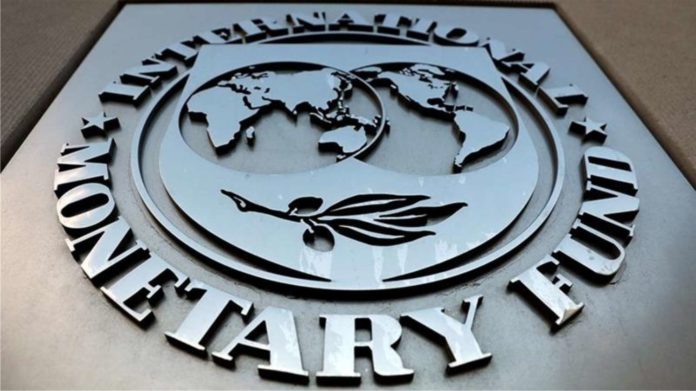 The increase in global oil prices has caused the International Monetary Fund to review Nigeria’s economic growth potential to 3.4 per cent in 2022.

The IMF disclosed this in its ‘World Economic Outlook: War Sets Back the Global Recovery, April 2022,’ report.

In its January report, the Washington-based lender predicted a growth rate of 2.7 per cent for Nigeria in 2022. But it has adjusted its projection based on increasing oil prices.

It said, “In sub-Saharan Africa, food prices are also the most important channel of transmission, although in slightly different ways.

“Wheat is a less important part of the diet, but food, in general, is a larger share of consumption. Higher food prices will hurt consumers’ purchasing power—particularly among low-income households—and weigh on domestic demand. Social and political turmoil, most notably in West Africa, also weighs on the outlook.

“The increase in oil prices has however lifted growth prospects for the region’s oil exporters, such as Nigeria. Overall, growth in sub-Saharan Africa is projected at 3.8 per cent in 2022.”

According to the Washington-based lender, the global economy is expected to grow by 3.6 per cent in 2022 and 2023 as a result of the war on Ukraine, and sanctions on Russia.

“This is 0.8 and 0.2 percentage points lower for 2022 and 2023 than in the January World Economic Outlook Update. Beyond 2023, global growth is forecast to decline to about 3.3 per cent over the medium term.”

Meanwhile, Brent crude, the global oil benchmark, tumbled in price on Tuesday shedding $6.31 or 5.58 per cent to $106.86/barrel as at 8.03pm Nigerian time following demand concerns after the International Monetary Fund reduced its economic growth forecasts and warned of higher inflation.

Prices fell despite lower output from the Organisation of Petroleum Exporting Countries and its allies, which produced 1.45 million barrels per day below its targets in March, as Russian output began to decline following sanctions imposed by the West, according to a report from the producer alliance seen by Reuters.

Russia produced about 300,000 bpd below its target in March at 10.018 million bpd, based on secondary sources.

The IMF cut its forecast for global economic growth by nearly a full percentage point, citing Russia’s invasion of Ukraine, and warned that inflation was now a “clear and present danger” for many countries.

The bearish outlook added to price pressure from the dollar trading at a two-year high. A firmer greenback makes commodities priced in dollars more expensive for holders of other currencies, which can dampen demand.

Concerns over demand growth were already in focus after a preliminary Reuters poll on Monday showed United States crude oil inventories were likely to have risen last week.

The price decline on Tuesday followed a rise of more than one per cent on Monday, when oil prices hit their highest since March 28 on Libyan oil supply disruptions.

The country’s National Oil Corp warned on Monday of “a painful wave of closures” and declared force majeure on some output and exports as forces in the east expanded their blockade of the sector over a political standoff.

The possibility of a European Union bans on Russian oil over its invasion of Ukraine continued to keep the market on edge.

French Finance Minister Bruno Le Maire on Tuesday said that an embargo on Russian oil at a European Union level was in the works.

Nigeria gets $3bn from World Bank, US to boost energy transition