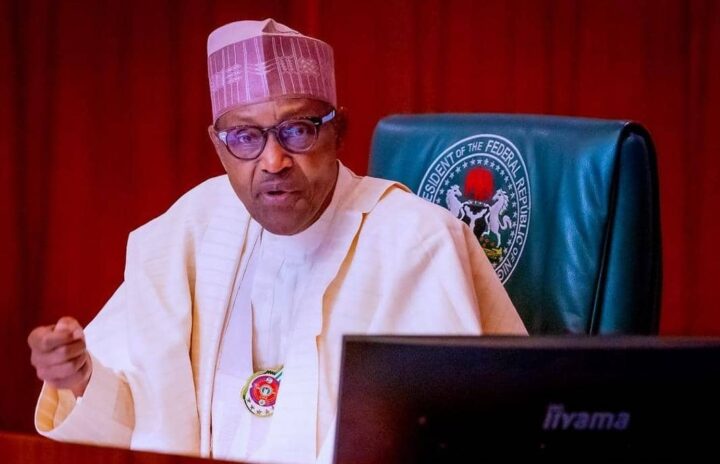 The President, Major General Muhammadu Buhari (retd.), on Thursday, in Daura, says he is leaving behind a proud legacy of fighting corruption as he concludes his tenure next year.

He also notes that he will continue his anti-corruption quest long after he leaves office.

According to a statement signed by his Senior Special Assistant on Media and Publicity, Garba Shehu, the President said these in his recorded remark to celebrate the African Day of Anti-Corruption.

President Buhari, who noted that the fight against corruption must be sustained for the benefit of present and future generations, said, “Our youths have no place to go and live with dignity but in Africa.

“As I am leaving office next year, I am proud to leave behind a legacy of fighting corruption among others.

“Personally, I abhor corruption and I will render my best in or outside office to get rid of corruption in Nigeria and Africa in general. I urge our youths to join me in this noble cause.”

He noted that Anti-Corruption Agencies must be empowered and allowed to deliver on their mandates.

“In Nigeria, I am very proud of our Anti-Corruption Agencies, our law enforcement agencies and our regulatory bodies, for their efforts at checking criminality including corruption. I very deeply appreciate them for their sacrifices,” he said.

Describing corruption as “evil,” Buhari called for the creation of a special court to intensify efforts towards prosecuting offenders and retrieving resources that had been stolen and stored in other countries.

“Distinguished participants and fellow African leaders, corruption is evil and all efforts at tackling it are desirable. I have monitored the fight against corruption in Africa and I can see both successes and drawbacks.

“The battle must continue for the sake of the continent and its people no matter the difficulties. In Nigeria, the fight against corruption has been vigorous since 2015. A lot has been achieved in the areas of arrest, prosecution, conviction, asset recovery and anti-corruption laws.

“I must admit that the fight has not been a bed of roses. Truly, a lot of more work in many fronts is required. For example, civil and public servants must be ethical and professional at all times. The private sector must contribute in curving corruption. The international community needs to close safe havens. The judiciary requires more impetus. Perhaps, an International Anti-corruption Criminal Court is needed,” he said.

The President then urged his African counterparts to ensure that scarce national resources were not carted away to safe havens where chances of retrieving them was slim.

For those that had been stolen, he said states must work together to retrieve them and “show looters that crime does not pay.”

“I have come to realise that nations in Africa have to ensure that national resources are not taken to safe havens around the world and we must curtail illicit financial flows in all its ramifications. Also, we must work collectively to recover all resources taken abroad.

“We must show looters that crime does not pay by depriving them of the proceeds of their crime,” said the President.

To curb elite greed and irresponsibility, Buhari proposed that ethics, decency, decorum and respect for the rule of law must be promoted in Africa.

According to him, it is important to develop strategies for behavioral change in Africa if corruption is to be tamed. This will ensure that national resources are allowed to serve the population and not a tiny few.”