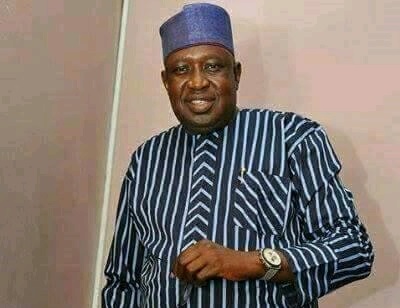 Chairman, Campaign Committee of All Progressives Congress (APC) during the 2019 general election in Kwara State, Hon. Moshood Mustapha has said that, the issue of N1billion campaign funds for the election in the state was shared according to the template released to the party by the National Executive Committee of the APC.

There were allegations and counter-allegations over the disbursement of the funds in the state to the extent that the state Governor, Alhaji AbdulRahman AbdulRazaq accused some cheiftains of the party of misappropriating the funds and was not given a kobo for the campaign.

Also, the spokesman, of the Bashir Bolarinwa Omolaja-led faction of APC, Alhaji Abdul-Rahoof Bello had, in Ilorin on Tuesday, asked Governor AbdulRazaq to account for N1 billion he allegedly collected from the national headquarters of APC.

Speaking with reporters in Ilorin yesterday on the development, the chairman of the campaign committee for 2019 governorship election in the state, Alhaji Mustapha stated that, there was no basis for such allegations against the governor over the disbursement of the campaign funds in the state because “the money in question which came from Abuja also came with a template for sharing it.”

He said that, “The money was actually N400 million in the first place and the template given for sharing it accompanied it and so it was not possible for anybody to seize the money.”

He said that, “After the primaries in 2019, state chairman of the party, Hon. Bolarinwa called him for a party meeting at the Savannah Hotel in Ilorin where it was explained the money had arrived from Abuja.

“We proceeded to party secretariat at Fate to constitute a committee for the sharing of the money for the election.

“As directed by the APC national secretariat, sharing committee consisted of Hon. Bolarinwa, the Governor and myself.

“As I clearly remember, nobody took custody of that money. It was shared according to guidelines sent by the party.”

He, however, stated that the current rancour in the party though sad, should be expected given the process of APC formation.

He explained that the party was made up of different tendencies, “much like strange bedfellows.

“There were people among us who were used to opposition politics and naturally resorted to their natural instinct,” he said

Mustapha, however, implored the aggrieved APC members to retrace their steps, urging them to join hands with the governor in developing the state.

“The stakeholders should sheathe their swords. Let us come together; if there is any issue we are not cleared about, let us ask the governor for clarification.

‘If he makes amend, fine, if he doesn’t listen to us, then we should wait to react at the appropriate time. This is the time for governance and not politics. Let’s allow the governor to concentrate on governance,” he said.