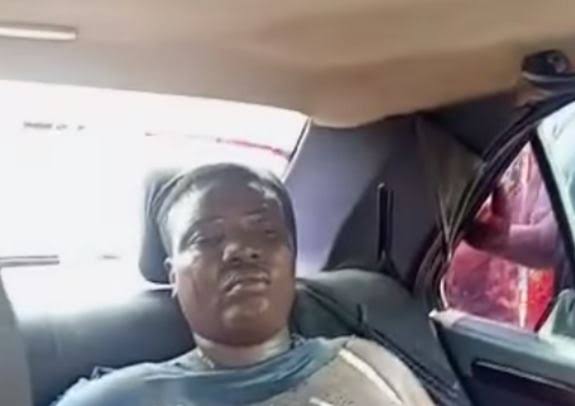 Police in Edo State has confirmed the arrest of a 26-year-old woman who stabbed her married lover to death in Benin City.

Police identified the woman as Gift Obieriei, a mother of three, from Ethiope East Local Government Area of Delta State.

It was gathered that the deceased, Mr Eghosa Iguodala, a commercial bus driver, is married and has four children.

Late Iguodala and the suspect were having an extramarital affair before the incident which occurred at Imafidon Street, Off Upper Siluko Road, Egor Quarters, Benin City about 12 noon on Monday, October 24, 2022.

They were said to have started dating about a month ago.

It was learnt that the woman stabbed her lover in the neck and back with a broken bottle when the man allegedly pursued her with a machete on sighting her in another man’s house in his area.

Police said he bled to death on the spot and security operatives have evacuated his bloodstained corpse to a morgue.

In a video, a woman whose right wrist was handcuffed to the back seat of a car while she identified herself simply as Gift, from Delta State, a resident of Uhogua Community in Benin City, Said the deceased, on seeing her in another person’s residence, attacked her.

“When he saw me with another person, he came to fight me at the person’s house. I don’t live in his house, I went to see someone,” she narrated.