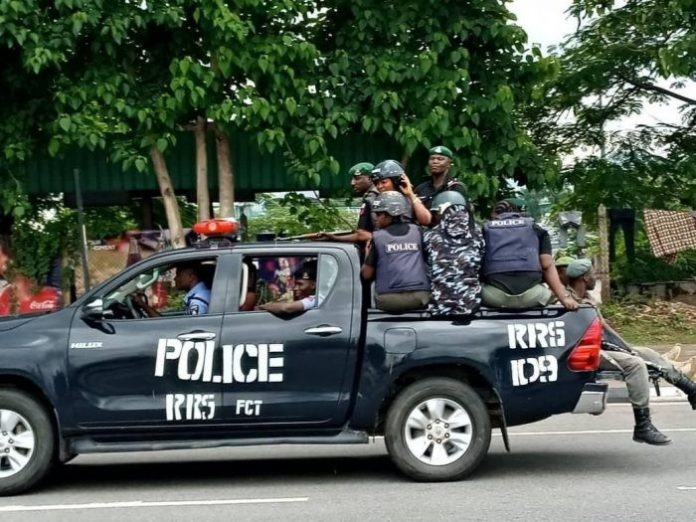 As our reporter drove around popular areas in Ado-metroplis, he noticed a large number of security personnel stationed at various spots.

Men from the Nigerian Police Force, the Joint Task Force, the Department of State Service (DSS), Amotekun, and the Nigeria Security and Civil Defence Corps were among the security personnel (NSCDC).

At around 9:15 a.m., heavily armed joint security personnel were stationed around the popular Fajuyi park, the site of the self-determination protest.

Security personnel were also spotted in front of the Ekiti Government House, the Adunni Olayinka Bus Stop, the Oke-sa Intersection, and other critical locations in the state capital.

The presence of heavily armed security officers did not dissuade the agitators, who thronged the rally venue in considerable numbers.

Many Injured As Gunmen Abduct Church Goers In Anambra